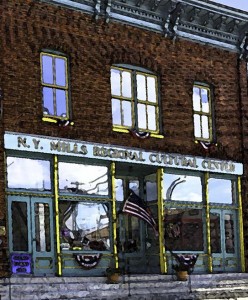 After much discussion, and appropriately, some healthy debate, the Great American Think-Off committee has decided on this year’s topic for the annual debate: “Income Inequality Threatens Democracy.”

With a national election right around the corner, all armchair philosophers are invited to share their thoughts and compete for prize money and the opportunity to be named America’s Greatest Thinker.

There is no fee to enter the contest. Simply submit an essay explaining your position in 750 words or less by April 1, 2016 for a chance to win one of four $500 cash prizes and a trip to New York Mills for the live debate.

New this year is the the format of a statement instead of a question, which is a change from years past. However, entrants should still take a strong stand agreeing or disagreeing with this topic, basing their arguments on personal experience and observations rather than philosophical abstraction.

Two winning entries from each side will be selected by May 1, 2016, and the writers invited to debate the question on Saturday, June 11, 2016 in New York Mills, Minnesota. Each of the four finalists receives $500, and a chance to win the bronze, silver, or gold medals by participating in this unique civic event. Costs for the winners’ travel, food, and lodging are also covered.

Also new this year for the 24th annual debate will be the recognition of a category of “honorable mentions.” Executive Director Betsy Roder explains, “The judging committee often reads essays that raise excellent points even if the entrants don’t quite make the cut to the Final Four. This is a way for the Think-Off to showcase the wide variety of responses we get in addition to the top four selections. We also hope it will encourage more armchair philosophers to participate, knowing that even if they don’t win a trip to New York Mills, their opinions might still be recognized with a prize and being published.”

Last year’s ‘Battle of the Titans’ between four former winners was an historic and lively debate. In order to ensure a greater variety of participants for the future, former finalists, while they are still encouraged to enter and are eligible to receive honorable mentions, cannot be in the Final Four again until two years after a debate appearance. The committee hopes all armchair philosophers continue to participate and use this opportunity to hone and refine their philosophies. 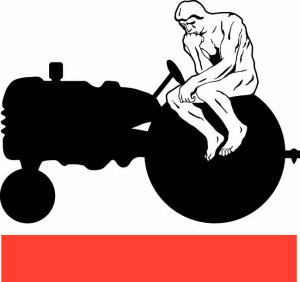 Now in its 24th year, The Great American Think-Off is an exhibition of civil disagreement between powerful ideas being explored by every day people. Designed to bring philosophy down from the ivory towers of academia and make it accessible for all, the contest has received national acclaim including coverage by C-SPAN, the New York Times, and The Today Show.

The Cultural Center, located in the rural farm and manufacturing town of New York Mills, Minnesota, sponsors this annual philosophy contest and encourages people of all ages and backgrounds to participate.