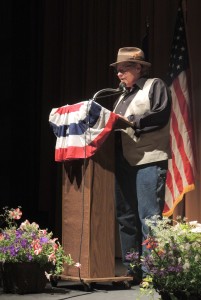 Silver medalist Alex Liuzzi also gave a convincing argument, but the audience cast their votes in favor of Sam’s position, and thus another year’s topic has been resolved.

Bronze medalists Alice Obrecht and Kim Larson also argued their points eloquently in what was a close vote in all three rounds of debate. All four finalists are pictured below following the awards ceremony. 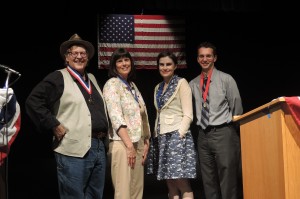 Each of the four finalists effectively argued their positions, and the result was another year of intelligent, thought-provoking, and civil debate.

The Cultural Center would like to thank this year’s finalists, sponsors, and attendees for helping make the 24th annual Great American Think-Off a resounding success.