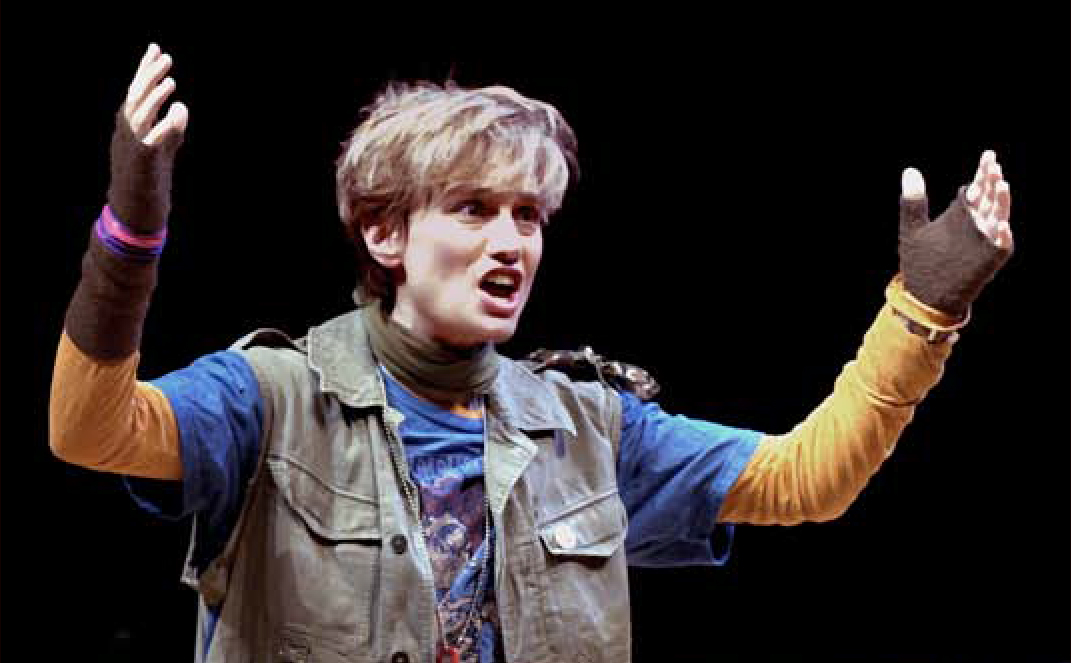 Award-winning Nautilus Music Theater of Minneapolis will present an original one-person music theater event at the New York Mills Cultural Center on Wednesday, May 1st at 7:30pm.  Admission is $10 for the general public and students are admitted at no charge.

ALICE UNWRAPPED is a new on-site theatrical presentation featuring acclaimed singer-actor Anna Slate in an emotionally-expansive and spiritually-engaging demonstration of how integrated musical-theatrical performance can uniquely illuminate contemporary social situations and psychological challenges. This production was originally created for the Spirit in the House and Minnesota Fringe Festivals in 2009; it was also performed in classrooms at MacPhail Center, Saint Olaf College, and Lawrence University.

The story and the music and the performance are all compelling in this musical drama.  Fifteen year-old Alice Bliss is trying to cope:, Dad’s missing in action, Mom won’t come out of her bedroom, and her precocious little sister just wants a normal family.  Somebody needs to take charge.

Critics and audiences have said “A heartfelt musical monologue voiced by a fifteen-year old struggling to cope with a father gone missing in the Middle East and a disintegrating home life… This show is not political, but rather an affecting tale of trauma on the homefront… it will make you feel pride and empathy for all the brave families who give up their moms and dads and sons and daughters to all of the uncertainties of war-time service… a poignant ode to family relationships.

Alice flails into adolescence with the grief and anger of someone forced to become the parent to both a mother and a sister… a touching timely and poignant musical… if you have ever had to deal with a loved one in the military being deployed into hostile territory, this show will ring true to you in every way… it’s perfection; the music, played and sung beautifully, propels the story perfectly… as Alice searches for even the slightest measure of relief from life’s uncertainty and grief, the work evolves into a deeply stirring and ultimately hopeful tribute to anyone that has ever struggled against tragedy… the performance received an instantaneous and unanimous and long standing ovation.”