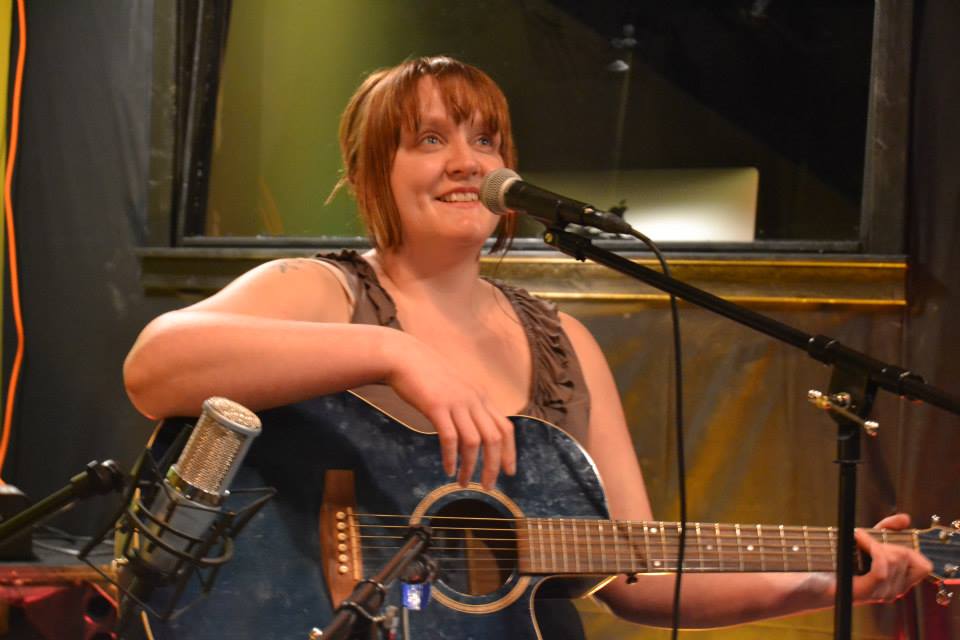 All are invited to an album release concert by Amanda Standalone at the Cultural Center on Saturday, October 15, 2022. The doors open at 7:00 p.m. and music begins at 7:30 p.m.

Amanda Standalone is a writer and folk musician from Minnesota who has become a fan favorite at the Cultural Center, performing at many Longest Night Music Festivals as well as several solo shows. Standalone has released three albums: Millions of Blackbirds (2010), which bears the Title track Bird flew Hard for the HBO documentary Paycheck to Paycheck: The Life and Times of Katrina Gilbert; Trouble (2014), funded in part by a grant from the Lakes Region Arts Council; and You’re Still Here: A Ghost Stories Album, funded in part by a grant from the Five Wings Arts Council.

Amanda Standalone’s music is a soulful blend of acoustic folk/blues strongly influenced by American Roots music. She skillfully attacks the guitar, banjo, and her single stringed washtub, while packing an extra punch with her rich vocals. 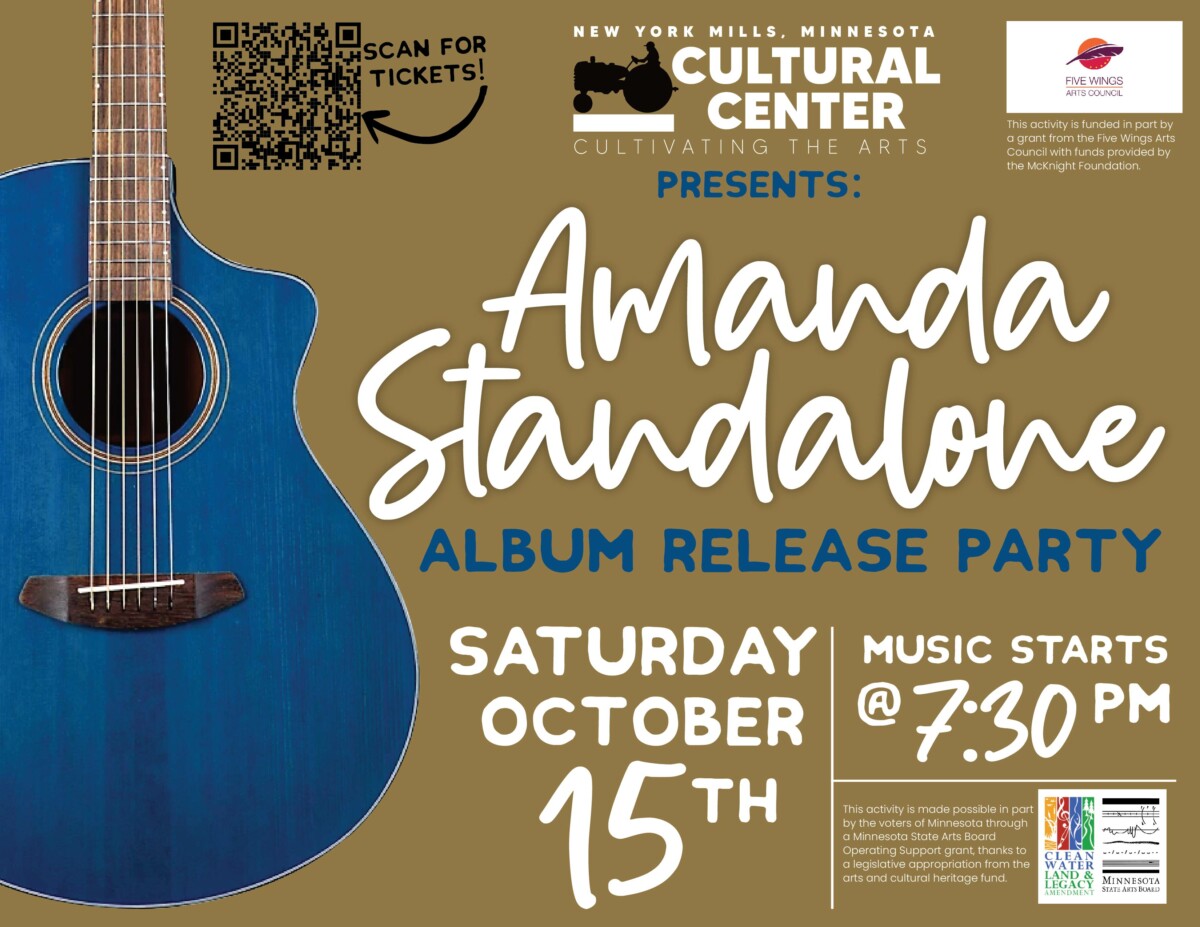 Amanda explains her inspiration for the new album: “For the last year I have been traveling all around rural Minnesota collecting stories from people about paranormal experiences, about things that do not have an easy explanation. I’ve interviewed a graveyard dowser who tends rural cemeteries, a person who helps spirits cross over to the other side, a concierge at a haunted hotel, and many more. I am using these interviews to inspire new songs.”

All are welcome to attend this live music event! Adult tickets are $10 in advance or $12 at the door; members get a $2 discount; students $5. Cash bar and light refreshments available. Tickets can be purchased online by clicking below, or stop by or call the Cultural Center at 218-385-3339; tickets will also be available at the door on the night of the concert. Call 218-385-3339 with any questions.

This activity is funded in part by a grant from the Five Wings Arts Council with funds provided by the McKnight Foundation. Learn more about Amanda’s music at amandastandalone.net.

This activity is also made possible in part by the voters of Minnesota through an operating support grant from the Minnesota State Arts Board, thanks to a legislative appropriation from the arts and cultural heritage fund.