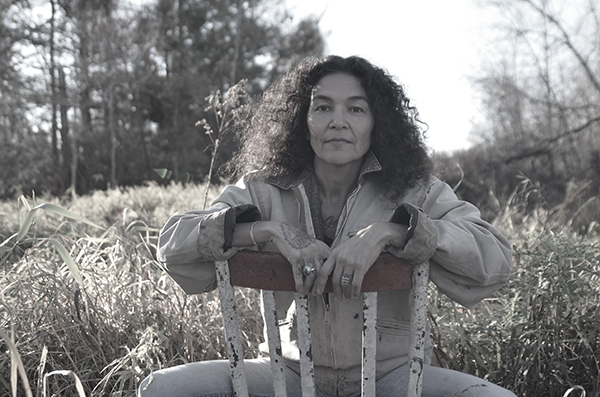 Kicking off our Fall 2017 Concert Series, the Cultural Center welcomes Annie Humphrey after her successful concert performance with the Indigo Girls and Bonnie Raitt at the Bluestem Amphitheater in Moorhead, MN 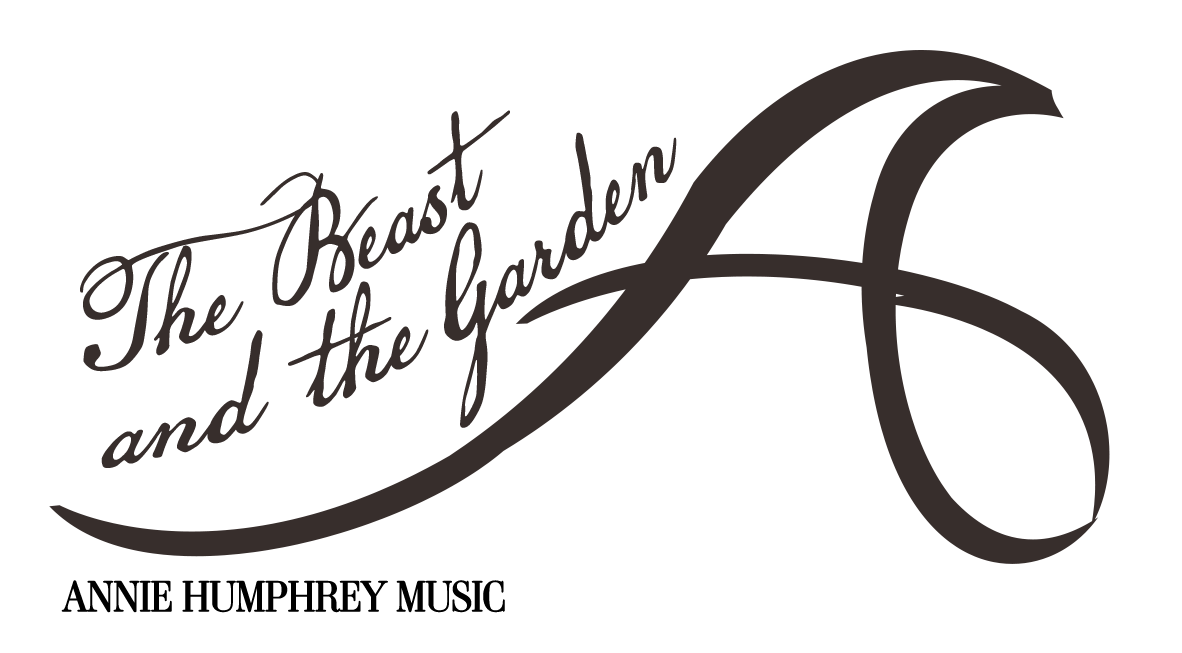 Annie Humphrey’s new release tour: The Beast and the Garden comes to New York Mills! This concert coincides with the Weaving Waters Fiber Arts Trail Grand Opening Weekend, with many activities happening at the Cultural Center and throughout the region September 22-23. Click here to learn more.

All songs on The Beast and the Garden (except Geronimo’s Cadillac by Michael Martin Murphy) were written during Annie’s fight against Tar Sands Oil and the Line 3 pipeline/abandonment/reroute which crawls through Minnesota 1855 treaty lands threatening the lakes, rivers, wild rice, fish and plant medicines which Annie uses to sustain her family. 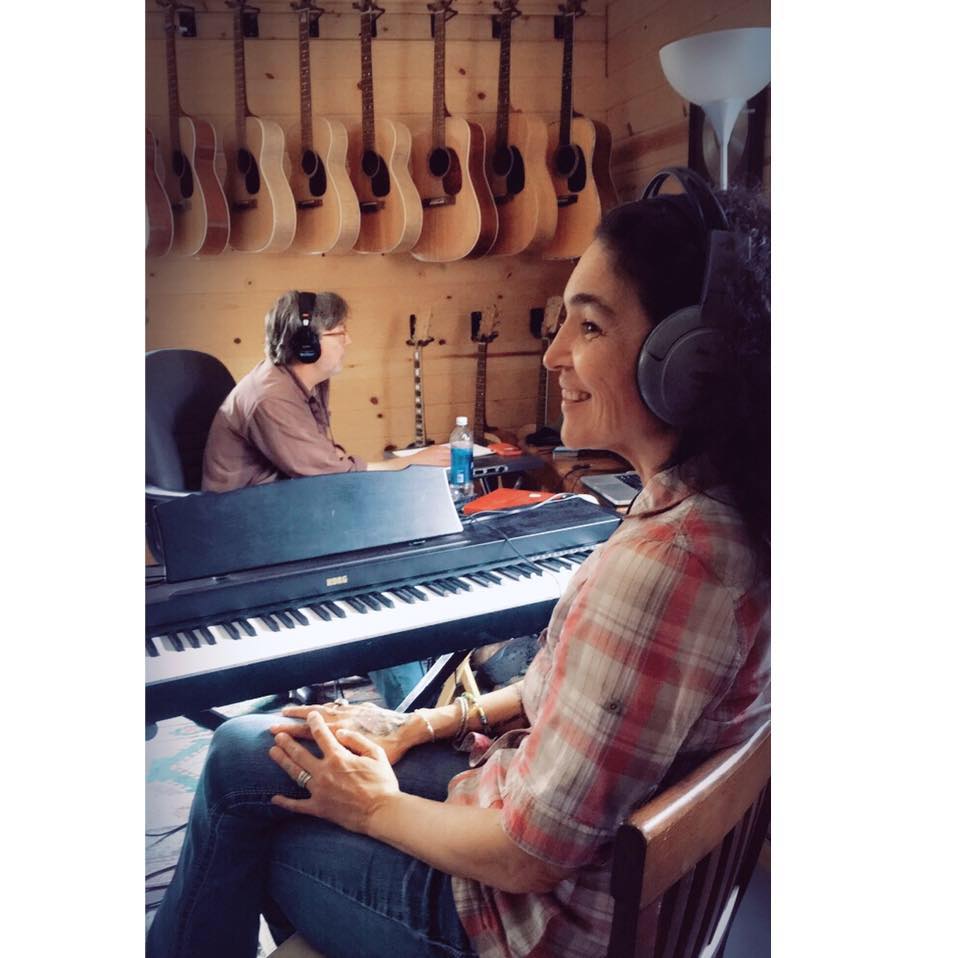 While standing against the Enbridge Oil Company for the past few years, Annie felt the distance between being an environmental activist and a singer/songwriter grow.

“I had to get back to doing what I love. I love making music. I love my homeland and I am desperate to protect it from Enbridge Oil but I can take a stand with my guitar too. I think organizing and the activism is keeping the beast out of the garden. I think playing music for a while is me taking care of the tomatoes.” 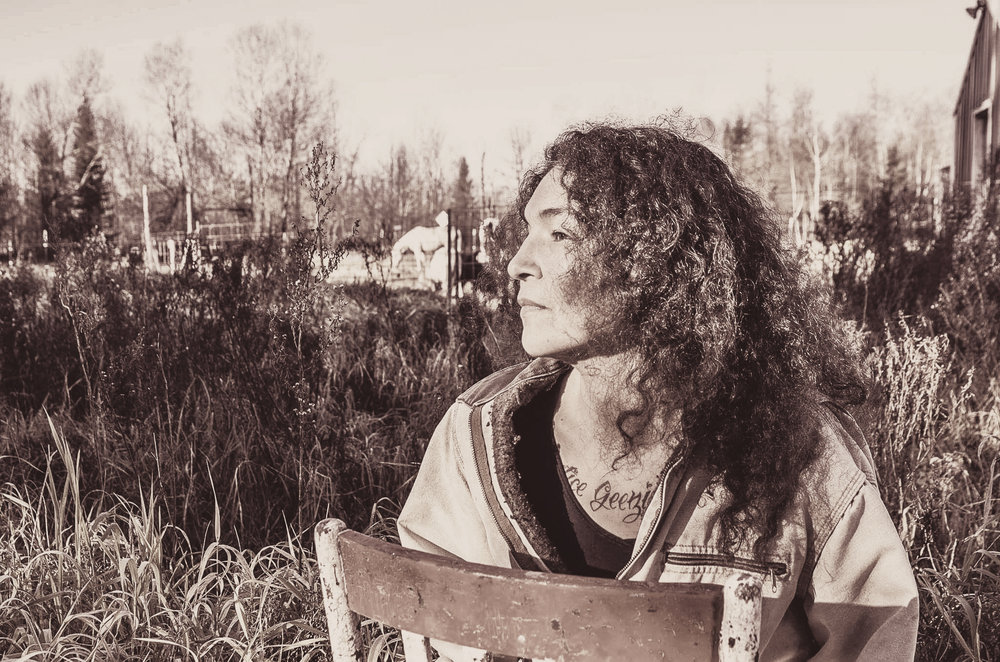 Native American singer/songwriter Annie Humphrey was born and raised on an Ojibwe Indian reservation in Minnesota, the daughter of author Anne Dunn. Her father taught her to play the guitar when she was in the first grade, and two years after that she taught herself piano and began writing songs.

After attending high school and a community college, she teamed with guitarist Don Robinson and they made the 1989 album For the Children, which was released regionally. She spent a year in the Marines, stationed in Okinawa, 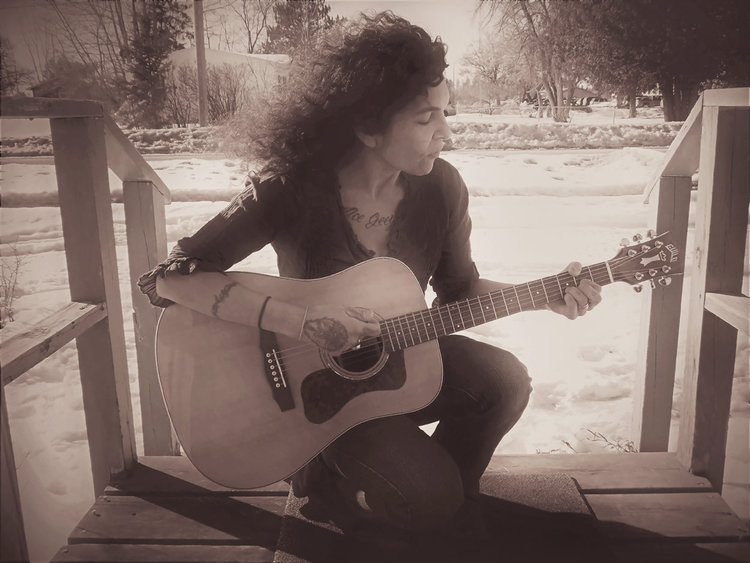 among other places, and played in bands during this period.

Returning to Minnesota, she attended the Police Academy and graduated, but decided not to pursue a career in law enforcement. Instead, she enrolled at the University of North Dakota in Grand Forks, where she studied art and began performing professionally at coffeehouses.

In 1995, she made her first solo album, Justice Hunter, which was released regionally. She moved back to the Ojibwe reservation and began performing around northern Minnesota. 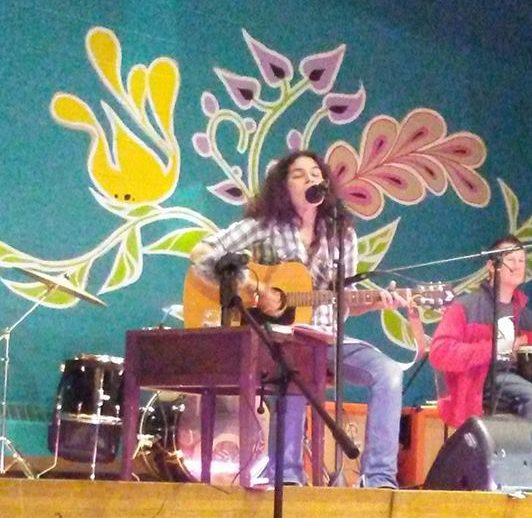 She sang three songs on the various-artists album The Whispering Tree, released by the independent label Makoché, and Makoché signed her to a contract, giving her her first nationally distributed release, The Heron Smiled, in 2000.

Annie’s music career began out of pure necessity. With two young children to care for, she began performing at coffee houses and local events. Over the years her songwriting has focused on a specific theme with a message to “Be brave and have a good journey.”

Her first recording, The Heron Smiled, won her national recognition as Female Artist of the Year and Best Folk Recording at the 2000 Native American Music Awards. In 2004, her second recording, Edge of America was released. The title track from this recording was later featured on Chris Eyre’s film Edge of America. 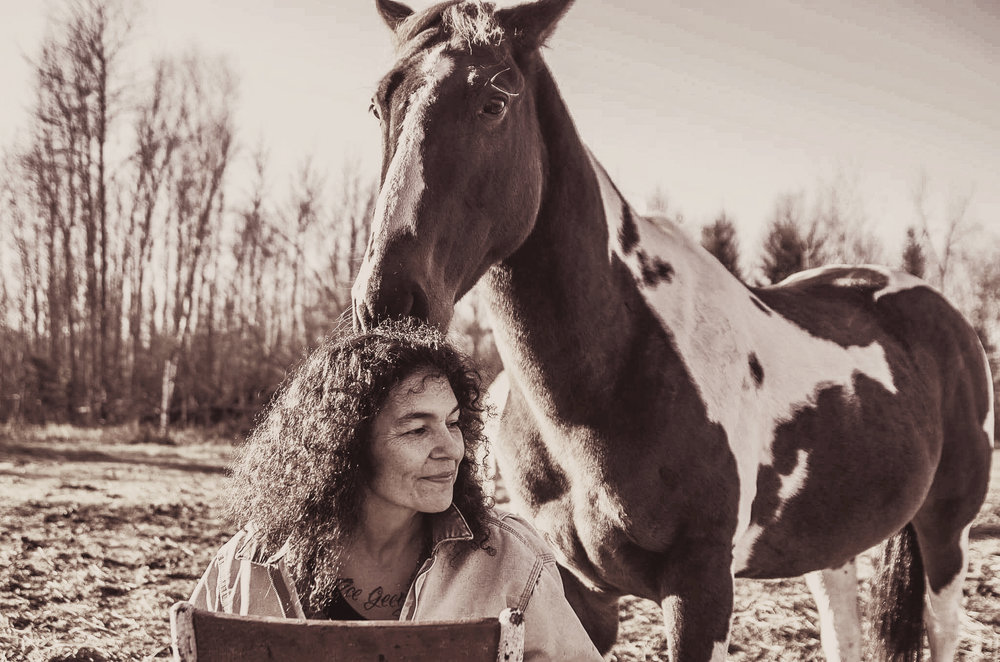 Prior to her career as a musician, performer and recording artist with Makoche’ Recording Company, Annie also studied painting and sculpture.

Today Annie has three children and is happily married to her husband Mark (also a former Marine). Annie continues to write music and perform, while also pursuing her art career. Her special interest is Turtle Heart, a group she founded that works with youth in her community to promote positive lifestyle choices. 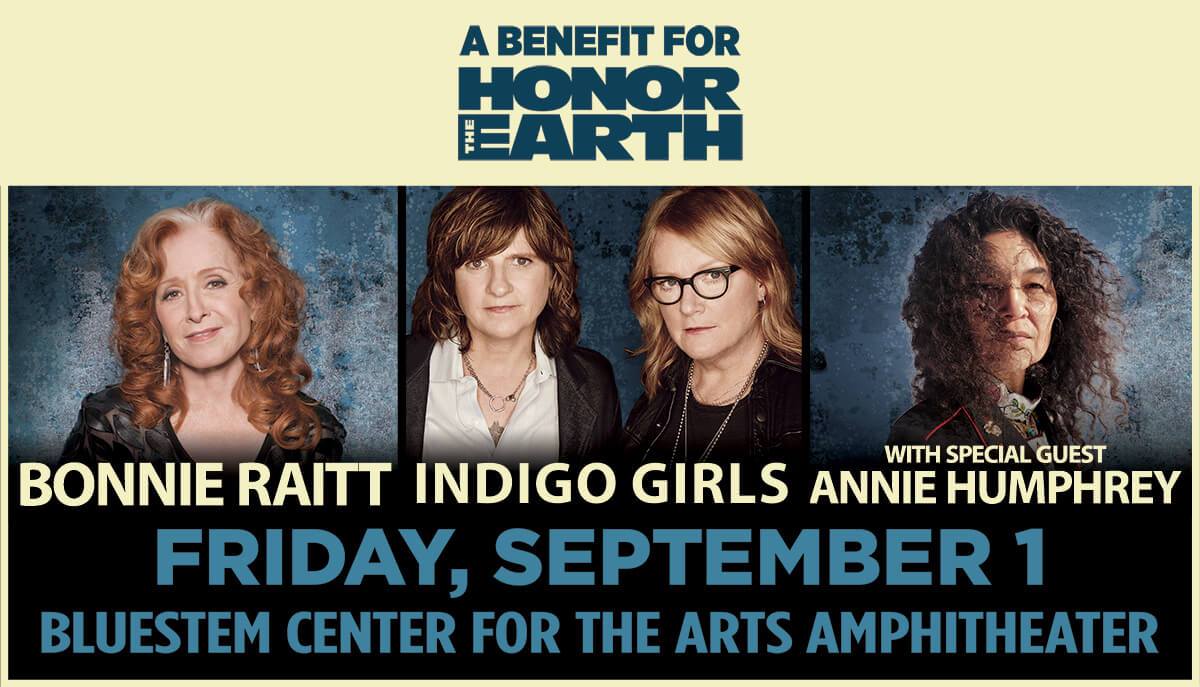 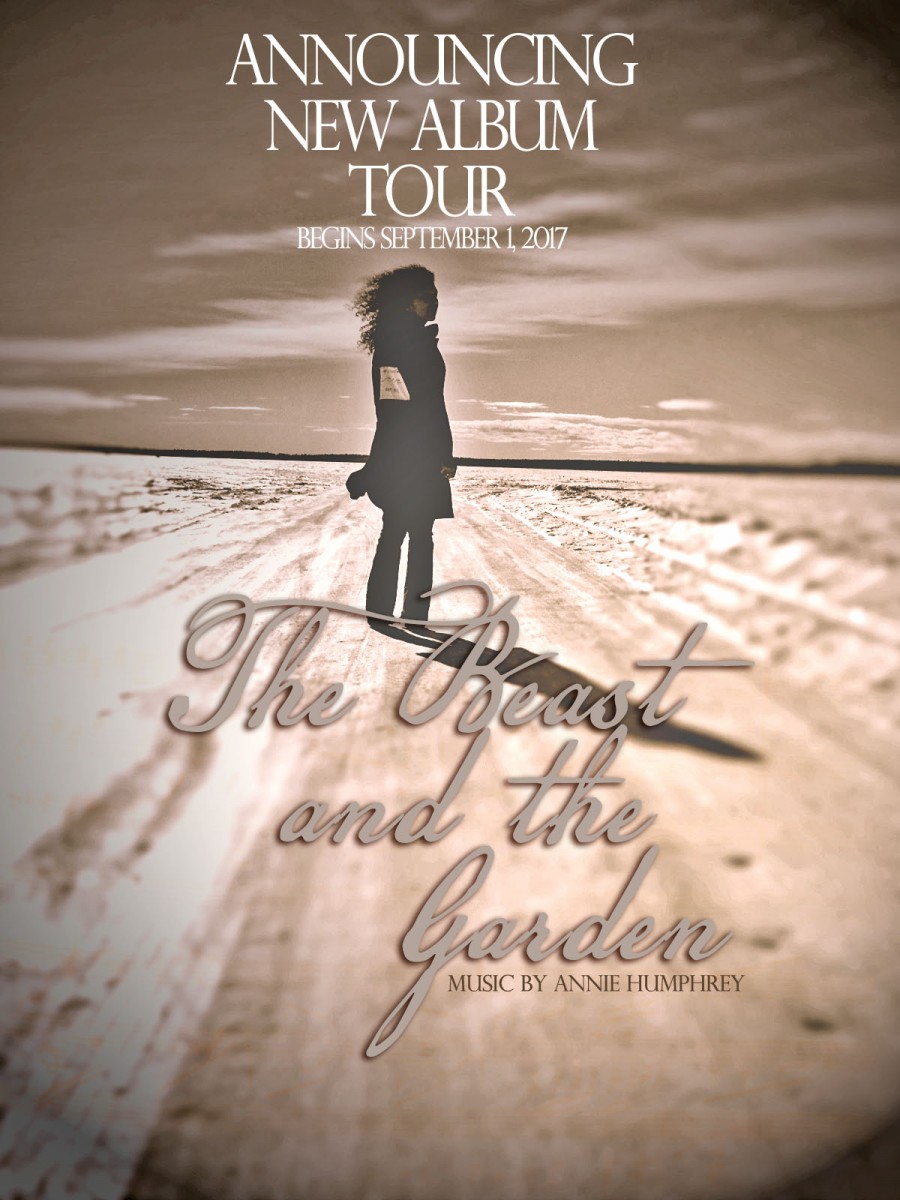