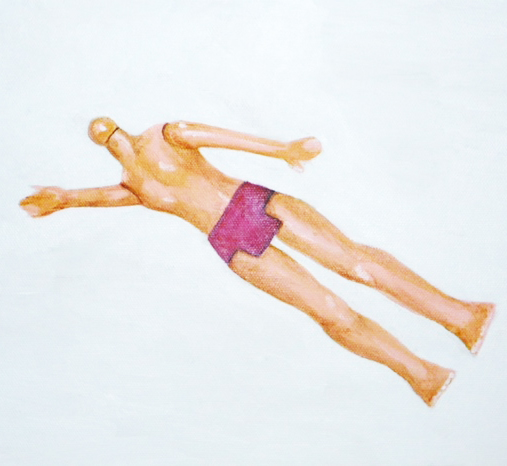 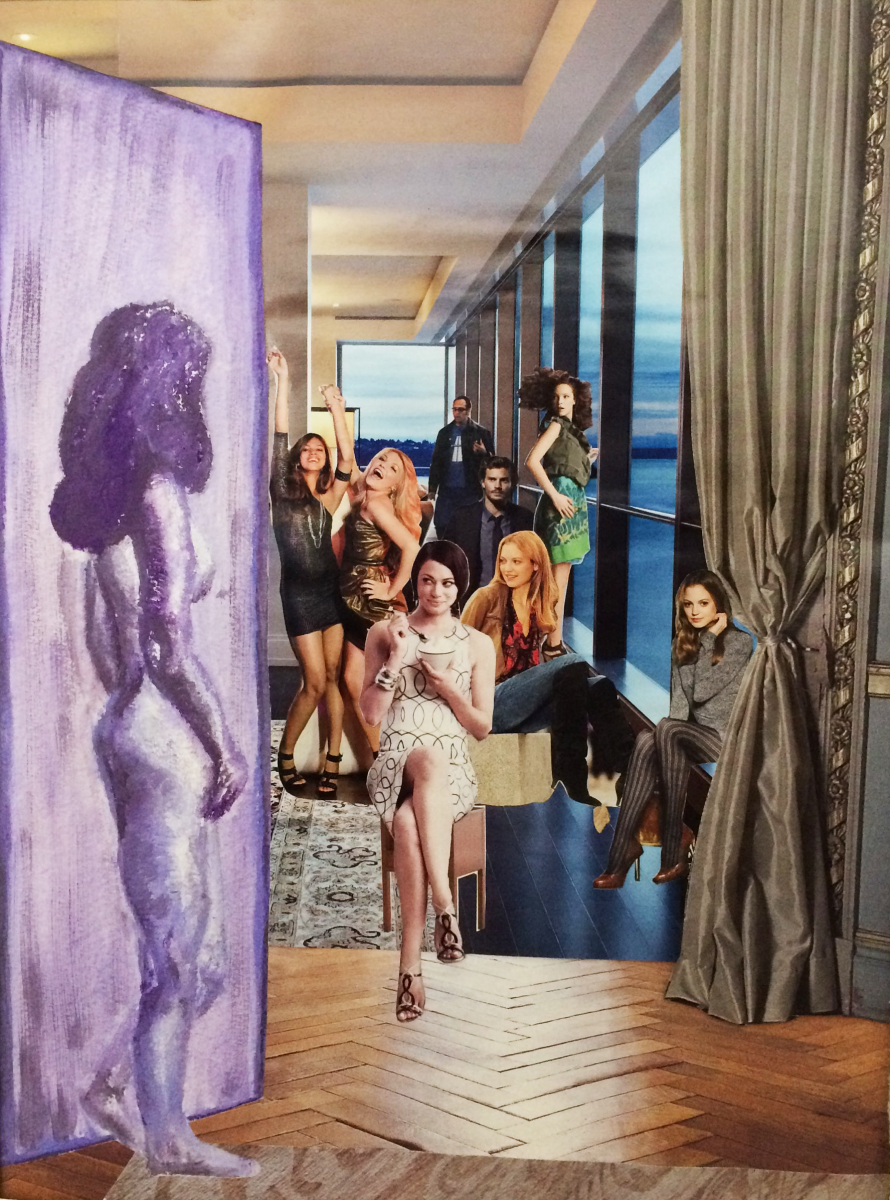 Cheryl Bannes is an artist and arts educator who has spent the last many years in Lewistown, MT as director of arts non-profit programs. Cheryl recently relocated to New York Mills, where she is currently the Education, Outreach, and Artist Retreat Coordinator for the Cultural Center. Cheryl once was a Resident Artist in the Center’s artist residency program. She went to college to be a metalsmith, working on larger metal pieces such as armor and hand-forged bowls, but enjoys all forms of art and art processes. Cheryl has been a working artist and teaching artist for over 30 years. She has been in numerous shows and galleries.

After working almost exclusively as a fiber artist, in 2007 Sandy Bot-Miller began an intense exploration of oil pastels. When her mother offered Sandy a large collection of metal 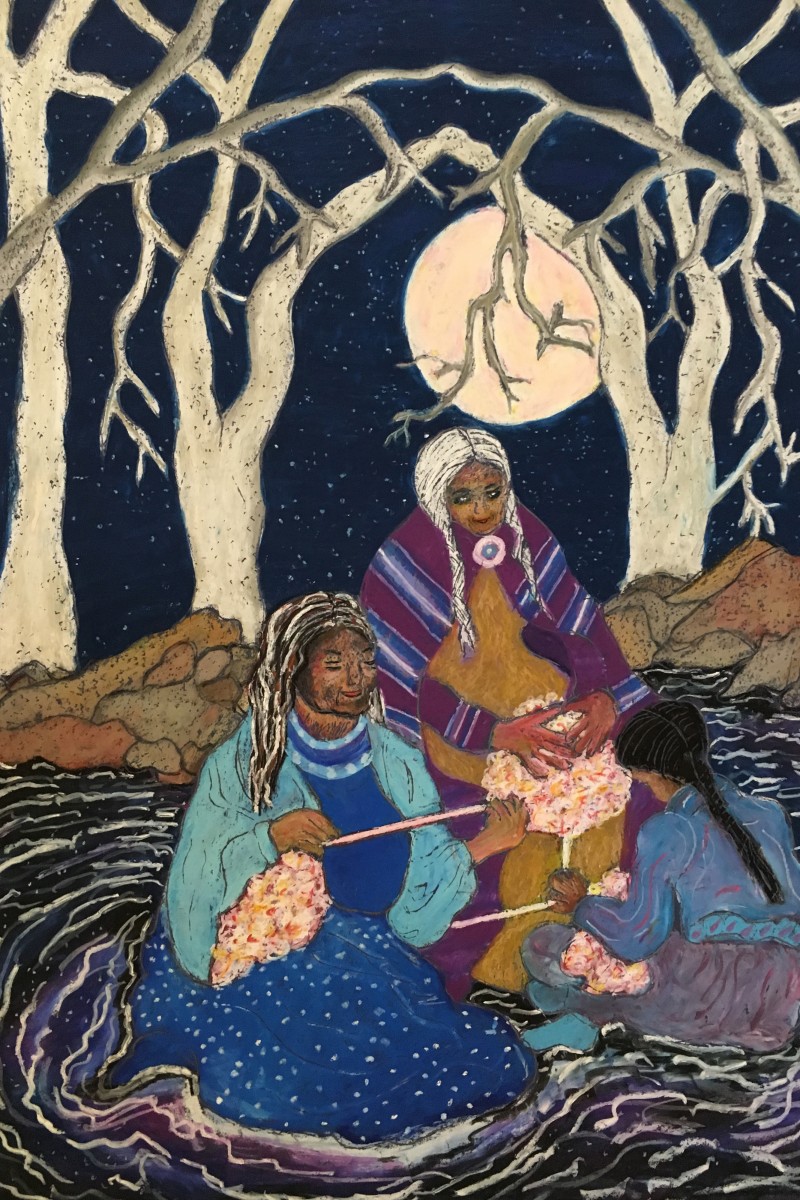 knitting needles thirty years ago, she accepted— even though she had no idea how she might put them to use. Little did Sandy know at the time that they would eventually become her primary tools for drawing images onto illustration boards. Using a variety of sizes of knitting needles, she etches images onto a board, layer oil pastels to the raised surfaces, and then allow the pastels to dry for about three months before lightly varnishing them with a matte finish to protect them from the environment.

Some of Sandy’s creations are etched rather spontaneously, while others require a fair amount of pre-planning. She loves the freedom of alternating between working intuitively and methodically.

Influenced by her involvement in a women’s spirituality group for thirty years, many of the figures in Sandy’s art appear to represent diverse characteristics of the Great Mother, as well as women honoring the human need for connection, acceptance, and integration of what arises from the unconscious. 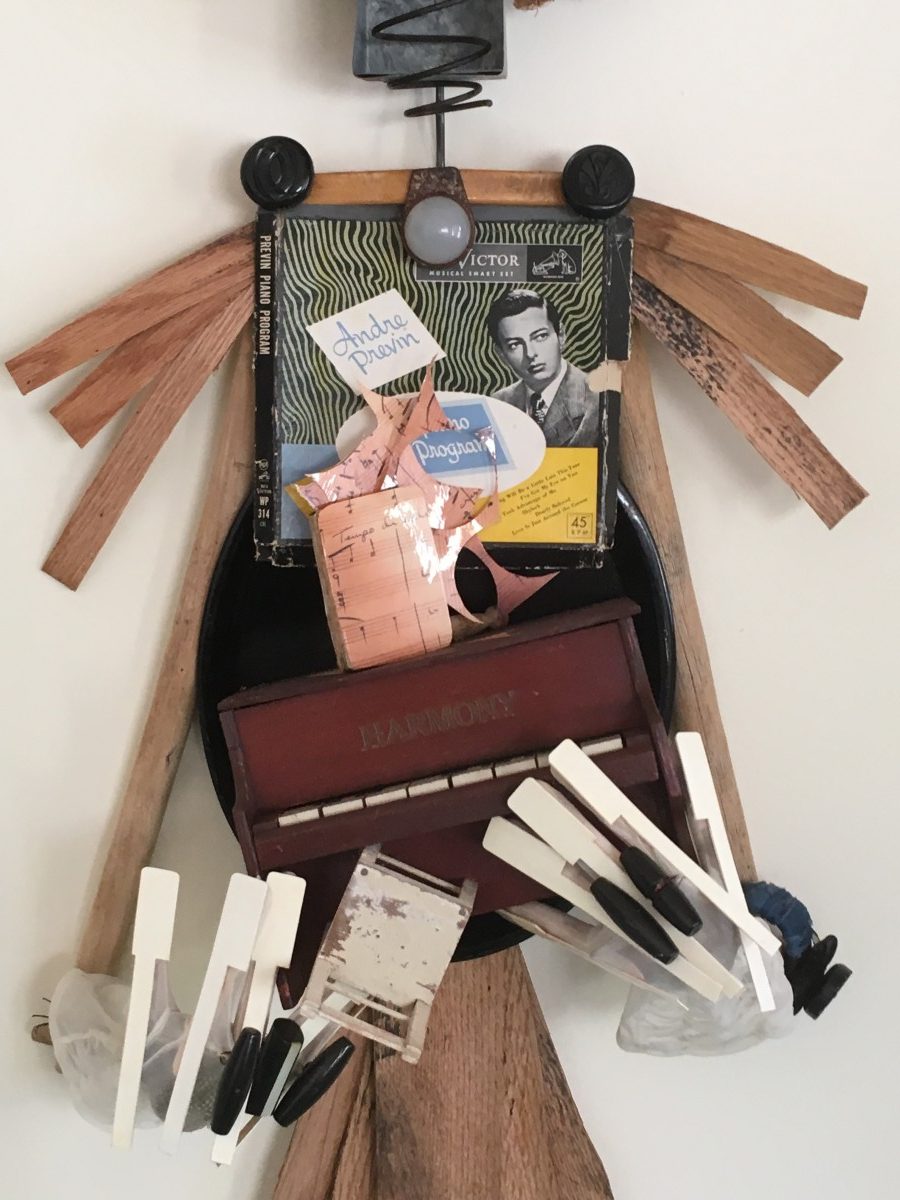 Renee Danz was raised in Battle Lake, Minnesota. She studied art at Minnesota State University-Moorhead, and the University of Oregon-Eugene. She married Greg with whom she has two children. Danz lived in Sioux Falls, SD for 17 years. While there, Greg and his brother opened a store known as Zandbroz Variety. They later opened a branch in Fargo, ND, where Danz does visual merchandising, has created more than 120 window designs, and plans to create many more. She has exhibited several solo shows, taken many commissions, and volunteered her creative skills prolifically.

Heather Humbert is a Twin Cities based artist who works primarily in acrylic paints and occasionally dabbles in printmaking. She holds a degree in Studio Art from Lawrence University in Appleton, Wisconsin. Originally from Chicago, her first stop in Minnesota was in New York Mills in 2000 where she worked as the Arts Retreat Coordinator at the New York Mills Regional Cultural Center. In 2004 she moved to the Twin Cities and after a decade working in investment banking, she found her work home at the Minneapolis Institute of Art.
Heather is also a mother to two brilliant young ladies (Lenea and Saana), a bowler, trivia player, amateur toy collector and rescuer of cats (Frank, Alex and Bill).

Heather’s Artist Statement:  My journey painting toys began when I unearthed the “Forgotten Ninja” in 2013. After discovering him buried in my yard along with many of his long-forgotten friends I started noticing 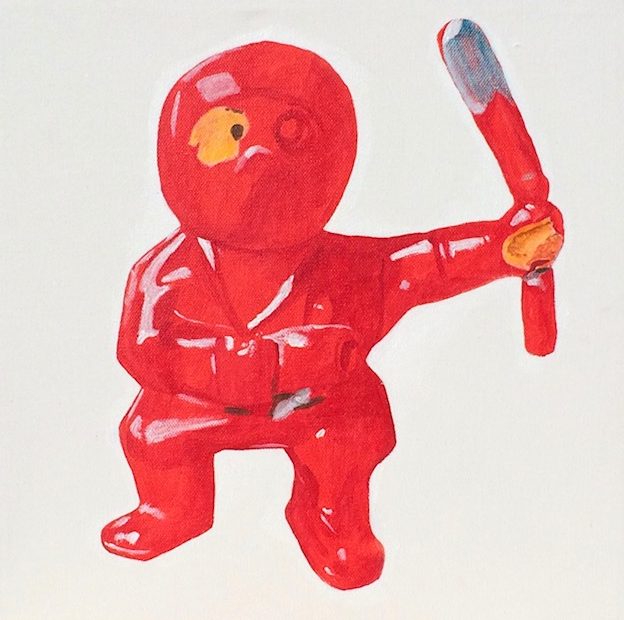 discarded toys everywhere I went. Around that same time I was reading the “Little House on the Prairie” series with my daughters. Laura Ingalls Wilder spends several chapters throughout the “Little House” series remembering her beloved “Charlotte” doll. Prior to Charlotte, Laura’s only toy was a corncob, which my daughters found unfathomable. We often forget that toys were once homemade or only for the affluent, and they were cherish-worthy.

As a child of the 1980s, the first era where toys were actively marketed to children, I grew up amid the frenzies surrounding each new “it” toy. Just as quickly as a toy rose to an unattainable status, a newer, shinier, better toy was introduced. The old toy was put aside, discarded. But what happens to those discarded toys? Many of us have read “The Velveteen Rabbit” or seen “Toy Story 3”; do our toys find a new life, a new home — or are they destined for a dump or incinerator?

As a mother, I am now the curator of my children’s toys, just as my mother was before me, and her mother before her. What will we save? What will we sell at the garage sale? We live in a throwaway time, so what is truly precious? What is valuable, and what gives it value?

As a woman, I also ask the question: why must we define our toys as “girl toys“ or “boy toys”? Why can’t GI Joe be a doll, or a Monster High Doll be an action figure? Is it how we play with our toys, how we collect our toys, the colors? A favorite song of mine growing up comes from the “Free to Be You and Me” album and is titled “William’s Doll”. It is a wonderful commentary on the stigma that a boy encounters for wanting a doll. Why have we discouraged boys from playing with dolls, just as girls haven’t been encouraged to play with toolkits and Matchbox cars?

I hope to push some of these boundaries in my paintings and cause the viewer to pause and think about the piece and society. I want the viewer to smile and enjoy the colors and the whimsy and the story I’m telling, but also pause and reflect as sometimes the innocent is hiding a different past. How can we change the future?

Naomi RaMona Schliesman was born in 1978 and grew up in the small rural community of Fergus Falls, Minnesota. Born into a family of laborers, which included farmers, nurses, seamstresses, bar owners and woodworkers, Schliesman started using her hands at an early age to play with tools and to create objects out of a variety of media.

In kindergarten at a private Catholic school Schliesman was told that she had too big an imagination. She was instructed to write with her right hand instead of her left. She was also told not to speak unless spoken to. She questioned God and faith and was told just to believe. She attended Catholic mass every Friday and Sunday. Living within and challenging these institutions led Schliesman to be labeled an outsider. It was this label that freed her to examine the mechanisms of these institutions and how they create or shape behavior, sense of self, and identity.

Growing up, her family frequently moved from home to home. She became accustomed to the cycle of moving, tearing down walls, building additions, the redecoration and personalization. It was through these frequent transitions that the importance of applying her ornamentation and aesthetic led to a sense of space that said “home”. It was the disparate ornamentation of the décor of home and school and church that fostered an acute awareness of how different spaces were decorated and the types of ornamentation that signified the function of the space.

History and continuity play a large role in shaping Schliesman’s understanding of self and family. Illness and death have taken many family members and illness has affected the artist herself. It has been through caring for herself and family members that has led to an extensive knowledge of science and how that reconciles the psychology of illness and coping, while integrating the faith that one is raised with.

Naomi’s Artist Statement:  I seek to create objects and installations that create a collision of scale and materiality with ideas that are not fixed in our interpretation of them. I use materials associated with craft; like wood, fiber, plaster, and metal. I juxtapose the visual weight of these resources while utilizing the architectural grid. This is done with the intention of extending an understanding of interior versus exterior, hard versus soft, and domestic versus institutional.
Science and disease has been a driving force in my work for most of my career. My fascination with the scientific has helped me further understand disease and how to cope with its devastating effects. My research into the world of the unseen has led to an exploration of the world of subjective visualization.
Large ideas like sex, religion and death are monolithic concepts. These ideas when viewed through a cultural lens are opaque. Through my preoccupation with these ideas I ask the viewer to consider their personal awareness of these themes. 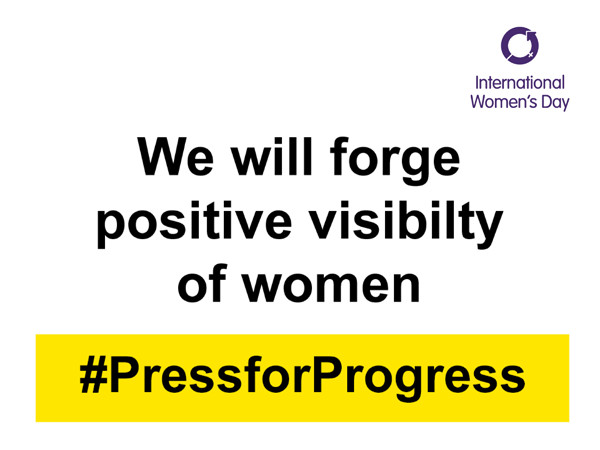 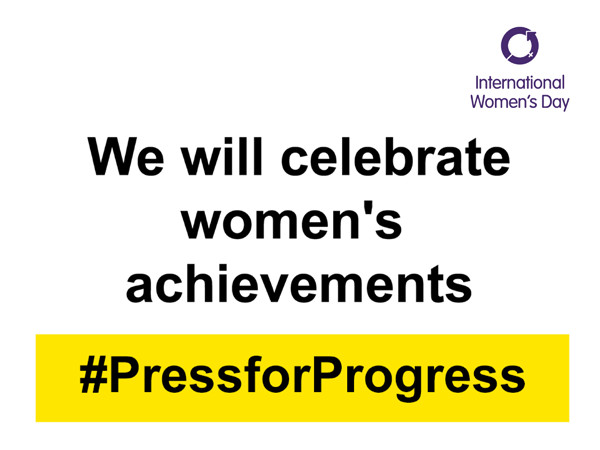