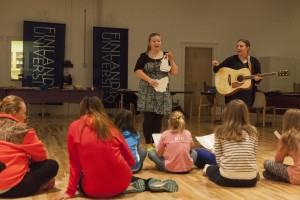 Instructors from Salolampi Finnish Language camp will lead families in organized learning through play activities. Come experience Finnish language and learn to speak words, phrases, and short sentences. An active game, storytelling, and singing will introduce participants to Finnish and the culture of Finland. Thanks to Salolampi for their partnership in offering these events! 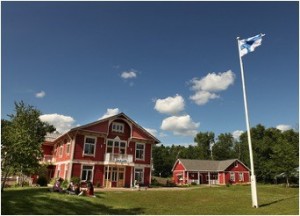 There will be two sessions available to attend on Saturday: one morning session from 10-11:30am and one afternoon session from 3:30-5pm. Each session will contain different activities and Finnish language content, so attendees are welcome to attend one or both. This event is accessible to all ages! Bring the whole family: toddlers, teenagers, and everyone between!

Salolampi is a language camp in Bemidji, MN which focuses on Finnish language and culture.  Students come from all over the world to attend for one, two, or four weeks during the summer. Salolampi is one of the Concordia Language Villages, which helps people discover what it means to be a citizen of the world.

These Salolampi events are free and open to all. 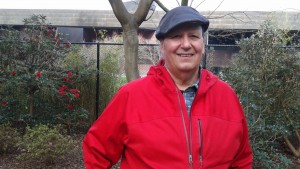 Kip Peltoniemi is a musician and a humorist who has performed in several states and Finland for 50 years. His act features comedic songs, tall tales  (some would say, “out and out” lies), and original and traditional button accordion instrumentals.

He has toured Finland four times, been a guest instructor at Sibelius Academy in Helsinki, and in 2002 his CD, “Minnesota Tango” was named Folk Album of the Year by Helsingin Sanomat,  Finland’s largest newspaper.

Kip has also been the subject of a documentary by Finnish public television,YLE. Filmed in the “Finnish Triangle,” this documentary has been shown frequently on Finnish for five years and last fall still drew 85,000 viewers on a weekend broadcast.

His original compositions have received  airplay in a dozen countries, and on the Prairie Home Companion show and on the Dr. Dementieva Show, out of Los Angeles.

Kip likes to mythologize northern Minnesota life and tell tales about feral Jersey herds, haunted dance halls and imaginary musicians like Rex Sisu and Elvis Aho. He claims to be a “Certified Ethnomusicological Techninian.” While that may be a little dubious, there is no doubt that he has a B.S. degree.

Kip believes that often the people who laugh the hardest are not of Finnish descent. He says, “Comedy is about surprise, and it’s hard to predict where my stories are going, even to me.”

This performance is co-sponsored by Finn Creek Open Air Museum.

All events will be held in the main gallery at the Cultural Center.