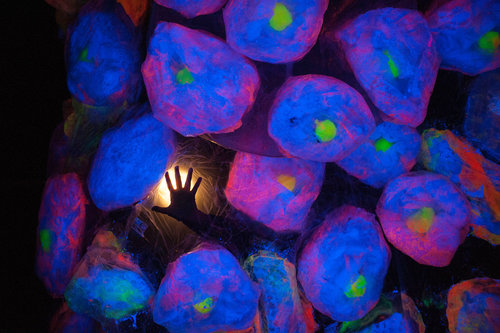 In the James W. Mann Center for Performing Arts at the New York Mills Schools

Like a bedtime story as told by biologists, Cellula illuminates the true marvels of cell science inside us all with dazzling glow-in-the-dark puppetry and live a cappella music. This glowing magnification of mitosis features highly acclaimed improvisational vocalists Mankwe Ndosi (Atmosphere) and Libby Turner (Sounds of Blackness) with the blacklight puppetry of award-winning performers Shari Aronson and Chris Griffith, directed by master puppeteer Kurt Hunter. 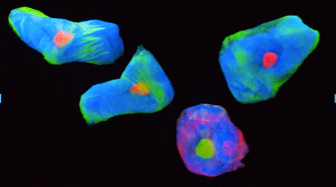 Cellula gives the audience a view of cell division as if they are looking under the lens of a microscope, along with a mother (the narrator) who is introducing her young daughter to the wonder of science. The mother weaves the action of the cells into the story of a young cell named Cellula. Zooming in and out between magnification levels, the audience follows Cellula through the cell cycle, from the dance of DNA to the verge of specialization.

Although the content is purely factual, the narrative framework and music infuses emotion and humor in homage to the family lineage of biologists of Z Puppets’ Shari Aronson, writer of Cellula. Teetering on the fragile borders between science and art, Cellula is the expression of Aronson’s own DNA. 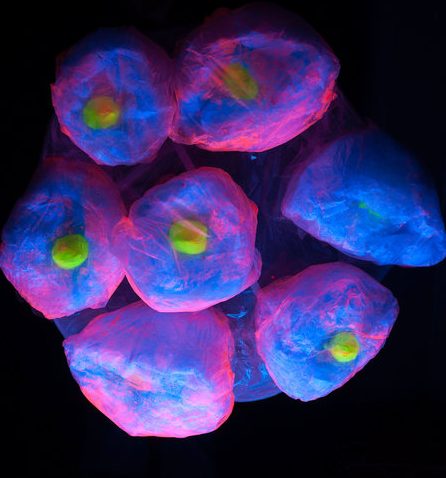 Come early for the Microscope Fun Gallery in the lobby beginning one hour before the show at 6pm. Explore the connections between art and science with hands-on adventures in magnification.