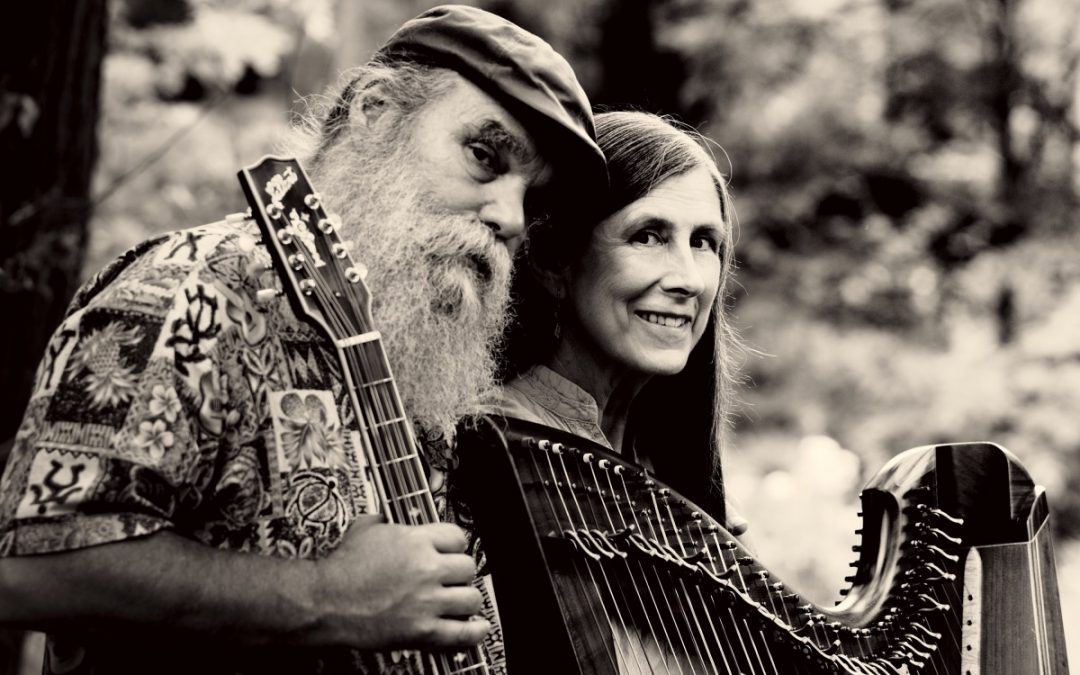 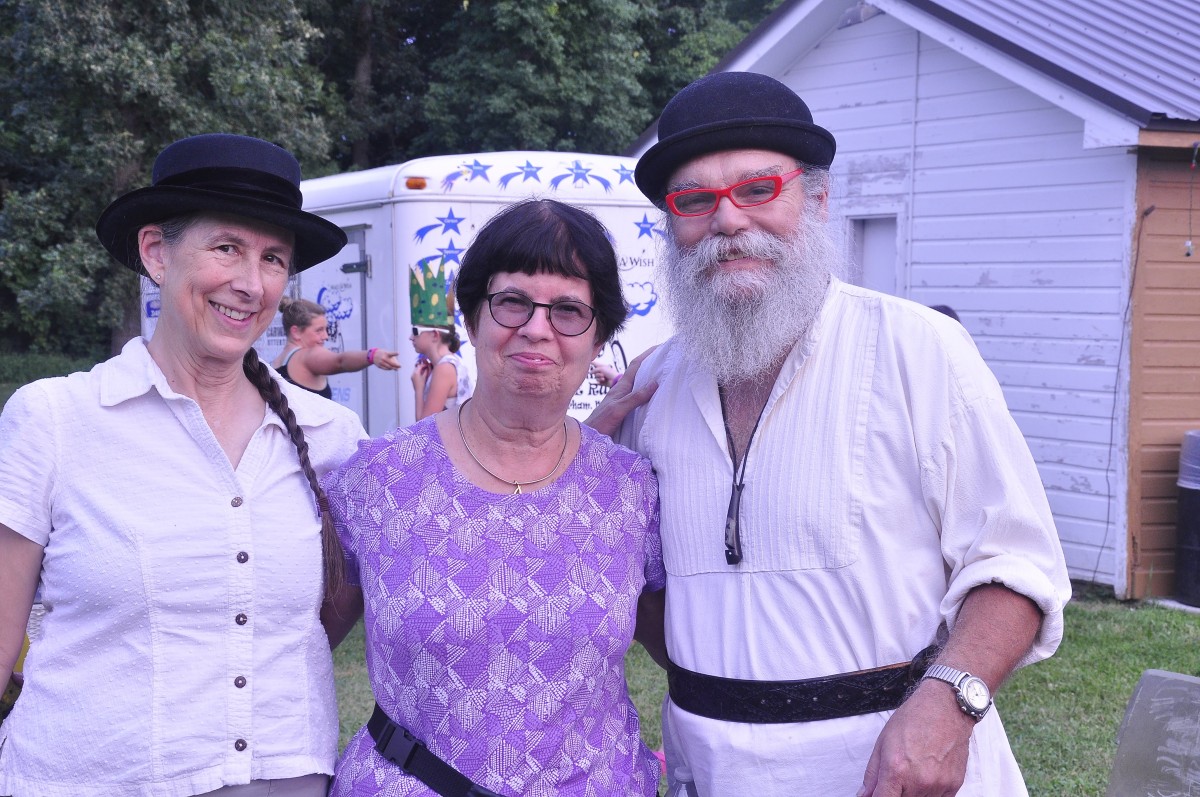 Curtis & Loretta’s music comes straight from the heart.   The husband and wife duo’s extraordinary harmonies and proficiency on a parade of stringed instruments create an alluring frame for their poignant original songs, and traditional pieces from America and the British Isles.

The current menagerie includes mandocello, folk harp, guitars, clawhammer banjo, ukulele, and mandolin, plus a bit of kazoo, harmonica, and shakers. Curtis’ down-home sense of humor and Loretta’s theater background engage the audience in an experience that runs the gamut of rolling with laughter to holding back tears, with plenty of side-trips in between.  They rack up countless miles each year, crisscrossing the country to deliver their own unique brand of folk singer/songwriter music.

Their heartfelt originals explore timeless issues such as love and longing, and they also boldly tackle tough subjects such as Alzheimer’s (“Can You Take Me Home?”), and war (“Angel of Bergen-Belsen”).

Loretta was awarded an Artist Initiative grant from the Minnesota State Arts Board in 2015, and wrote 12 songs about real-life people who have overcome great odds in their lives. This stellar cast of characters includes a woman who donated a kidney to a toddler she didn’t know; a woman who grew up in great hardship in the grasslands of Somalia and is now a nurse at Mayo Clinic; a couple facing the challenges and reaping the rewards of raising 2 severely autistic children; a couple who met in their 20s, lost touch for many years, then found each other and married 40 years later, plus many more.  The resulting CD, “When There’s Good to Be Done,” released in November 2015, reveals that if we only look closely at the ordinary people among us, we often discover extraordinary people. 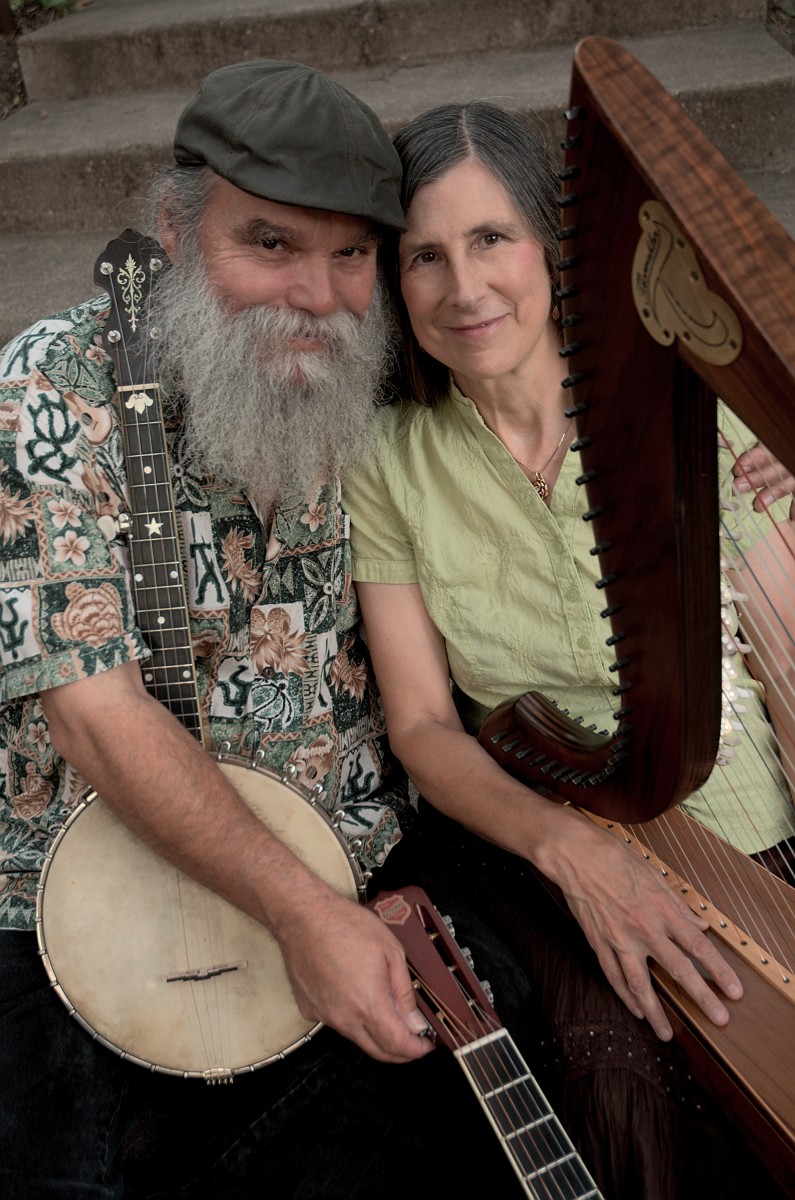 In 1977, a theater graduate was sitting on a beach in Santa Cruz, California playing her guitar, practicing for a variety show. A young Texan who had just returned to the mainland from Hawaii stopped and said, “Hey, I play guitar!”  And he did!  They sat down together on a piece of driftwood and as they sang, they couldn’t help but notice how well their voices meshed.  They played together at the variety show that night, and have been singing together ever since, as the duo Curtis & Loretta. Their years of performing and touring together have honed their comfortable stage presence to a delightful edge.

Curtis & Loretta received an Arts Tour grant from the Minnesota State Arts Board in 2010, and were named “Best Acoustic Performers of the Twin Cities” by City Pages in 2002.  Their CDs have appeared on “Top Albums of the Year” at folkradio.org, and they’ve received several nominations for Best Acoustic Folk Artist for the Minnesota Music Awards.  They’ve released nine CDs, and shared billings with such luminaries as Pete Seeger, Arlo Guthrie, Holly Near, Vassar Clements, Claudia Schmidt, and many more!  Curtis Teague and Loretta Simonet were married (to each other!) in 1987, and live in Minneapolis.

Call us at 218-385-3339 with questions or to reserve tickets. Or, click below to purchase tickets online today!