Feelin’ Alright! A Tribute to Woodstock 1969 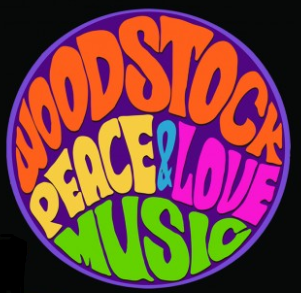 Feelin’ Alright! is an entertaining multi-media musical variety show that pays tribute to Woodstock 1969 – a historic event that defined a culture but could never be duplicated.

With the songs we love from Woodstock and riveting back stories that take you behind the scenes, this unique show will blast you back to the past. Includes humor, compelling video, and a Woodstock Trivia segment with prizes. Fun, interactive, and unforgettable. 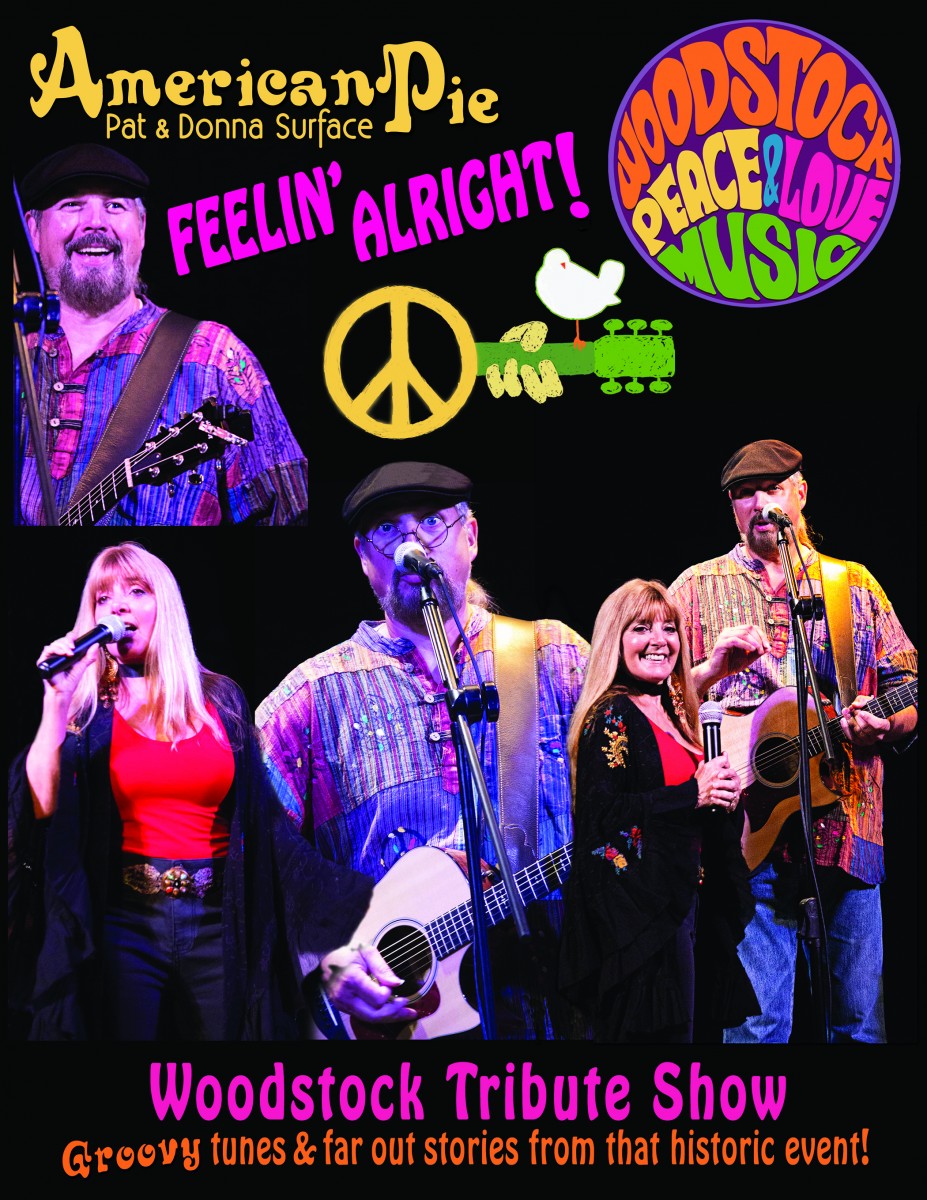 Born in St. Paul, MN, Pat was abandoned to the foster care system. At 2 he was adopted into a family with a music legacy that dates back to William Boyd (Hopalong Cassidy – The Singing Cowboy) – the LaPlants, and brought to Grand Rapids, MN. Pat grew to 6’8″ tall and became an All-Star basketball player and college coach.

Pat became a full-time touring artist in 1987, showcasing nationally for NACA (National Association For Campus Activities) and performing at colleges around the country. He pioneered Family Programming on college and university campuses, and has worked with several Community Education organizations on early childhood/family programming. Pat is also a key-note presenter and performer for several organizations, including PATH – a non-profit child and family services agency working with foster and adoptive families.

Pat and his wife, Donna, were also key-note presenters and performers at the National Marriage Encounter Conference at St. John’s University.

Pat and Donna now perform together at theaters, festivals, private communities, country clubs, and churches. Together, Pat and Donna have written several shows, including this show celebrating Woodstock 1969 – Feelin Alright!

They have also written a hit show, American Top 40, based on the songs of the 60’s and 70’s, and benefiting their non-profit organization – The Spiritwood ‘Forget Me Not’ Foundation which battles Alzheimer’s Disease.

Donna has been performing her entire life. Her first live performance was at 3 years old when she danced on the formidable Brooklyn Academy Of Music stage. She studied acting, voice, and dance in New York City, and became a professional actress appearing on stage, screen, TV, and the very first Diet Coke Commercial!

She produced and starred in a NYC Cabaret Act, and wrote and directed comedies for the theatre in NYC. Donna also starred in a popular radio show called Remember When where she vividly navigated the music of the 60s and 70s – weaving iconic songs with back-stories of the times they reflect, and the inspirations that formed the classic and memorable lyrics that we love.

Donna is also a Performance Artist in Sign for the Hearing Impaired. Compelling and moving to watch, an Interpretive Sign Performance is a combination of American Sign Language, dance, acting, and mime. It is a way for the Deaf community to appreciate the music, but it “amplifies” the words for the hearing world as well. “The hearing world experiences communication painted by vowels and consonants, pitch and loudness. That pales in comparison to the vibrant images that jump off the fingers and hands, face, and body of a person signing.”

Donna adds another dimension to their variety shows as she brings Pat’s words and music to life – so you can truly “See The Music.”  Donna loves interacting with her audiences. Her vibrant personality creates a dynamic, fun atmosphere that makes every event she hosts sizzle.

Pat and Donna are blessed to share beautiful spots on a lake in Ely, MN and near the Gulf in South Venice, FL with their son, Trevor.

The Cultural Center is happy to welcome Pat and Donna back to New York Mills after a wonderful show in 2017. Don’t miss this chance to reminisce, sing along, enjoy stories and music, and connect with neighbors and friends in this fun and festive celebration of Woodstock’s 50th anniversary.

Tickets are $12 in advance or $15 at the door; students $5. All are welcome. Complimentary snacks will be available. Call us at 218-385-3339 with any questions. Click below to get your tickets today!