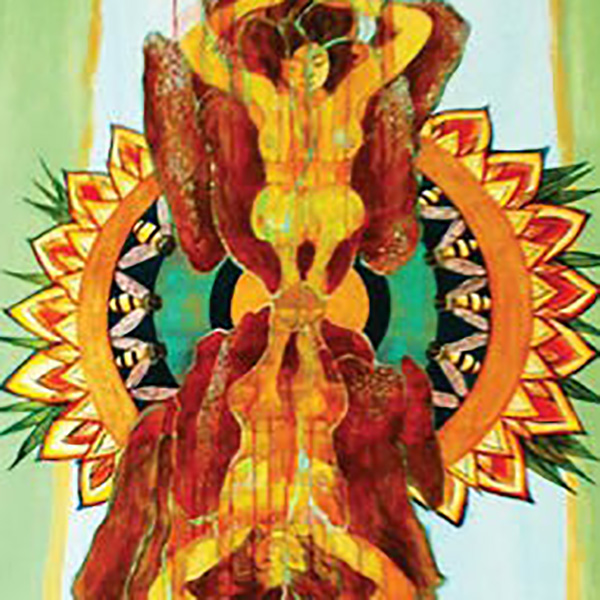 Women Are the World – Gallery Show

From Hypatia to  Zora Neale Hurston to Josephine Baker and Frida Kahlo to Marjane Satrapi, women have been exploring, creating, and using art to expand the collective human consciousness and break free from the shackles of sexism, racism, homophobia, and xenophobia. 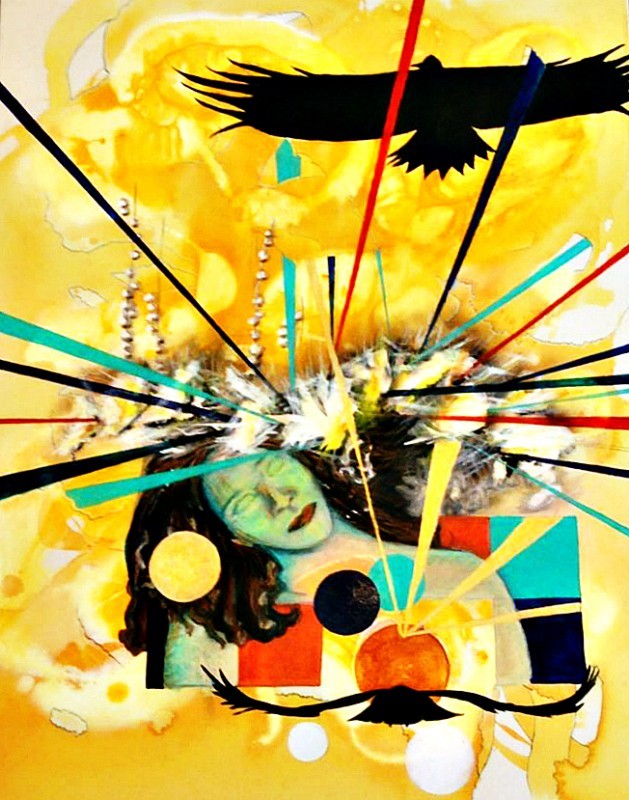 With the Women’s March of 2017, brave women came together to speak out against oppression by a privileged patriarchy which embraces rape culture, devalues women’s rights, engages in compassionless exclusion, and silences dissent. In the spirit of Angela Davis, Ayaan Hirsi Ali, and LaDonna Brave Bull Allard, the women of the world made their voices known in record numbers of nearly three million marchers.

This International Women’s Day, we celebrate the artists and activists of the past and hope for a humanity of the future, not only influenced or guided by women, but led by women. Representing today’s contribution to art and culture by women, the Cultural Center presents the works of emerging artists Jennifer Bockerman, Jennifer Chilstrom, Susana del Rosario, among others.

This celebration includes a presentation by Johnny Leenay from the Minnesota Museum of American Art (MMAA). Leenay holds a Communications and Journalism B.A. as well as a one in Justice and Peace Studies from the University of St. Thomas.  Her interest in museum work stems from her time in the Art History Department and the American Museum of Asmat Art at St. Thomas where Leenay quickly became passionate about the impact art has–it contributes to critical conversations around social issues. After earning her degrees, Leenay worked at the Minnesota Humanities Center focusing on traveling exhibits and community engagement. She is currently the first Diversity in the Arts Curatorial Fellow at the MMAA where she is learning and growing in the field of museum work and the power of storytelling through American art.

Winona LaDuke, an internationally-renowned activist, works on issues of sustainable development, renewable energy and food systems. She lives and works on the White Earth reservation in northern Minnesota, and is a two-time Green Party vice-presidential candidate with Ralph Nader. Pieces from her collection include Native fiber and beadwork.

Annie Humphrey-Jimenez is an Ojibwe mother, singer, songwriter and visual artist who was born and raised on the Leech Lake Reservation in Northern Minnesota. Humphrey-Jimenez has interpreted the world through painting since she was a young child who grew up in a creative family. She recalls her mother’s drawings and stories. These were Humphrey-Jimenez’s first examples of the beauty and strength of art which transformed our tiny rooms on the dusty reservation. Her mother, Anne Dunn, is a published author who taught Humphrey-Jiminez how to tell a story with her paintbrush. (Annie will be back at the Center in concert on September 23, 2017.)

After graduating with a BFA, Susana del Rosario worked as a professor of semiotics, narrative and basic modeling at the Universidad Politecnica de Santa Rosa Jauregui. In 2016 she was part of the Women’s Art Institute in St. Paul and felt again the call to paint. She currently is working toward a Master’s in Art Studies at the Universidad Iberoamericana in Mexico City and is part of the project Girl Power. Del Rosario’s work is full of themes related to women. She uses imagery, archetypes and even her own visage to portray different fears and concerns from her personal experiences.

Minnesota artist, Jennifer Chilstrom, is also an arts advocate who works in a variety of media. She is the co-founder of Showroom, a co-working retail space that spotlights the Twin Cities maker and artist community with a focus on diverse and underrepresented communities. Chilstrom draws inspiration from the world around her and explores her creative voice through direct service to the community. Her ambition as a multi-media visual artist is to inform, enrich, connect, and employ the diverse communities with whom she collaborates and serves.

Artist and educator Jennifer Bockerman lectures on visual art at Doane University near Lincoln, NE. Her work represents an evolution in exploring bodies, identities, and culture. Throughout her education and experience as an artist and educator, Bockerman has used her work to question how women represent themselves through domestic chores, iconic roles of femininity, and their bodies. Her ability to create confrontational installations and works has been featured in shows throughout the Midwest and in New York. 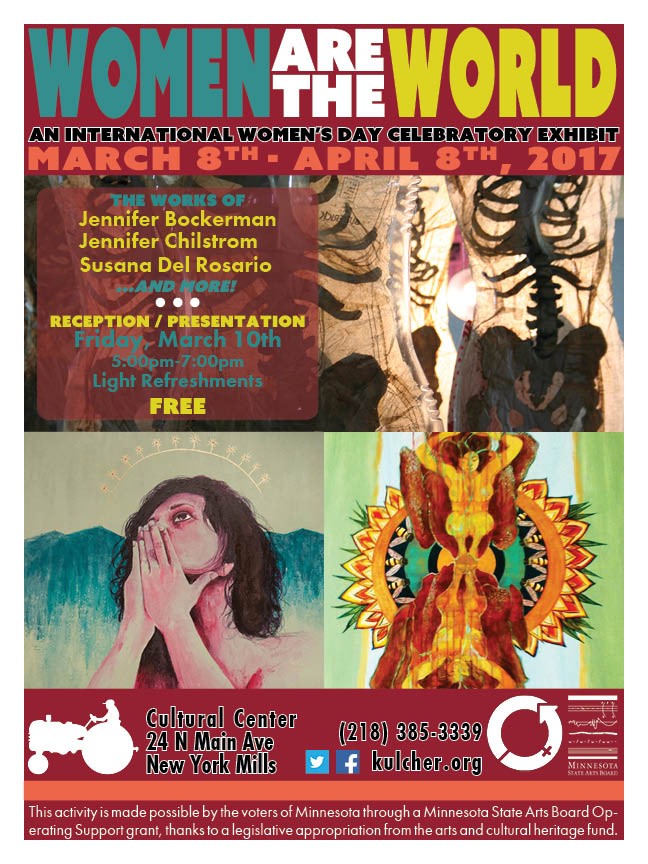