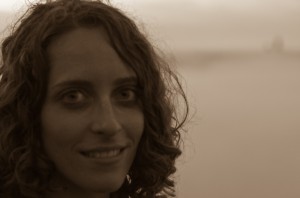 Taking up residence in the Arts Retreat house in July is writer and performance artist Jesse Longman from Ridgefield, Connecticut.  Jesse has a BA from the College of Santa Fe and an MFA from Columbia University, and she has been actively developing new work for the page and stage – touring throughout the United States and Europe – since 2006.

Current editor at the international literary magazine St. Petersburg Review, Jesse publishes and performs work in a variety of disciplines, investigating the juncture of performance and text among media.  Additionally, Jesse is at work on two theatrical collaborations: a dance-theater opera (with both French and American dancers) based on the 2011 Wall St. riots in New York’s financial district; and the “Pandora’s Box Project” a multi-media response to recent lobbying and legislation against female reproductive rights in the United States.  Jesse is also working on a novel.

During her residency, Jesse had originally planned to revise her play Relative Value, but instead she has begun work on an entirely new play that is based partly on her experiences here in New York Mills.