Larry Long, a Minnesota folk legend, will be coming to the Cultural Center for a return engagement after a bunch of years.  We are really pleased to have 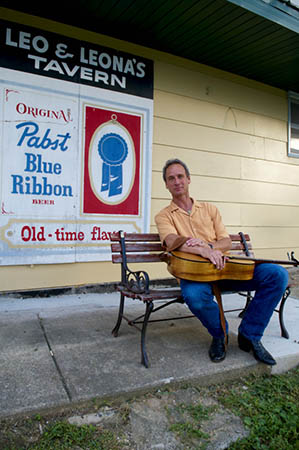 him back with us-he performed 22 years ago at the first Continental Divide Music and Film Festival.  Guitar artist Cory Wong will accompany Larry.  The concert starts at 7:30pm on Friday, the night before the Think-Off debate.  Tickets are available by calling 218-385-3339.  Admission is $12 with advance reservation and $15 the night of the concert.  Student admission is $5.  Save money by ordering tickets for the concert and the debate for $20, a savings of $10.

“Larry Long has enough energy packed into his skinny frame for abut 10 or 20 other people, and the songs he is making up and teaching to kids are carrying on the work of Woody Guthrie.  He has just started hitting his stride.  He’s a wonderful talent.”  — Peter Seeger

“When senior members of a community talk about their lives and work and children write songs with Larry Long about what they have learned from the elders, they create a remarkable celebration of humanity and hard work.”                Dr. Anthony Seeger, Director/Smithsonian Folkways Recordings

“During the past three years, Long traveled to rural Alabama to record 50 hours of tape that would become the 28 tracks that make up the spoken word/music project Here I Stand:  Elders’ Wisdom, Children’s Song (Smithsonian/Folkways). Long went into various communities and interviewed old folks, whose untold stories were turned into songs by Long and the children and then recorded. The final product is a rich celebration of work and faith sung by people who are, as Long puts it, “under the gun.” It is an extraordinary piece of songcraft, grassroots activism, and the most DIY record I heard all year, since Long set up a curriculum that allows other artists and communities to put his work into practice. Which is why this St. Cloud State philosophy major drop-out is my choice for artist of the year, and if anyone gets around to asking,
teacher of the year. —Jim Walsh, Pioneer Press

Thank you to Dr. Rachel Grieger, New York Mills, for sponsoring this concert by Larry Long.