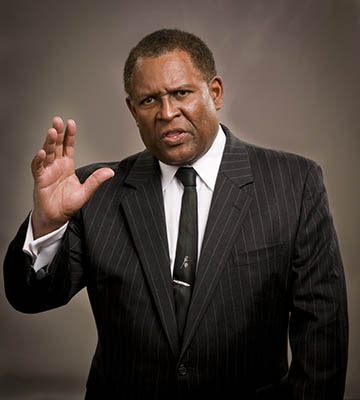 Mixed Blood Theatre’s acclaimed celebration of the life and career of Dr. Martin Luther King, drawn from his own writings (including the timeless “I Have A Dream”) and told through a stunning solo performance by Warren C. Bowles, will be presented at the New York Mills Cultural Center at 7:30pm on Friday, January 25th.  Admission is $12 advance reservation (call 218-385-3339) or $15 on the night of the performance.  Student admission is free to this performance.

Minneapolis’ Mixed Blood Theatre’s Dr. King’s Dream celebrates the life and career of Dr. Martin Luther King in this acclaimed production drawn from his own letters, sermons, books and speeches, including the timeless “I Have A Dream”. Dr. Martin Luther King, Jr. led American society through some of its most profound changes with passion, devotion, and courage. This powerful biography illuminates why he is recognized as one of the greatest leaders and orators in American History.  And why he is honored with a national holiday each January.

Warren C. Bowles’ commanding solo performance is stirring and poignant. Bowles has toured for Mixed Blood as Dr. King since 1981.  Among the most memorable of his scores of credits at Mixed Blood’s historic firehouse theater are Lucien in The Boys Next Door, the title role in Cyrano de Bergerac, and the professor in Oleanna.  He directed the theatre’s touring production of Daughters of Africa and wrote and directed African America.

Dr. King’s Dream is one of four culturally-specific productions toured this season by Mixed Blood Theatre, a Minneapolis-based multicultural theatre company founded in 1976.  The others include Theory of Mind, about a young man on the autism spectrum; Daughters of Africa, a music-driven history of African American women; and African America, a look at recent immigrants to Minnesota from Somalia, Ethiopia, and Liberia.