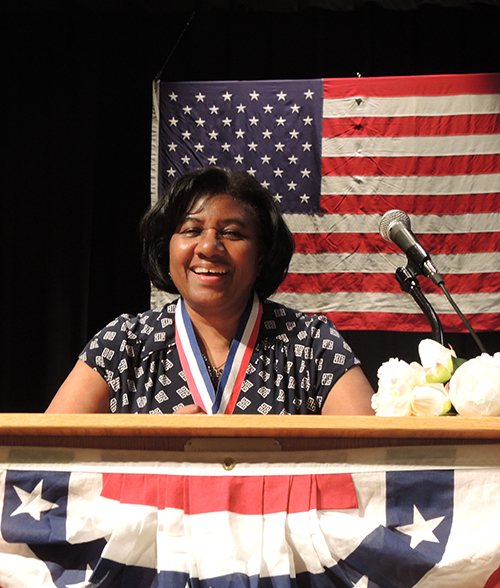 2017 Think-Off Question Answered: 2016 Election DID Change Our Perception of Truth

Saturday, four armchair philosophers faced off in the Great Debate portion of the Great American Think-Off philosophy competition held by the Cultural Center.

Over 250 attendees voted in three elimination rounds to choose Pamela Lewis of Elmhurst, Queens, NY the Greatest American Thinker for 2017. 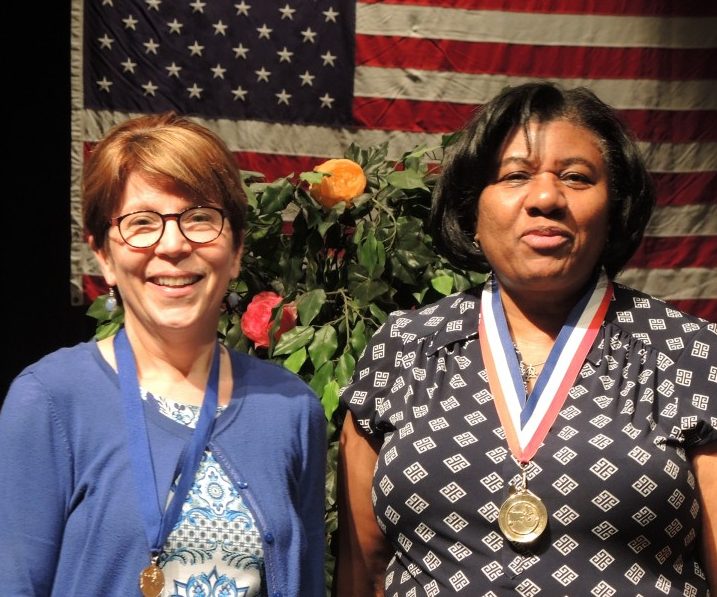 This year marks the 25th anniversary of the competition, making Lewis, along with Nancy Krier (2nd place) of Olympia, WA, Kris Pauna of Prior Lake, MN, and David Shapiro of Seattle, WA four of a total of one hundred finalists in the history of the event. These four were selected as finalists based on essays they wrote answering the question, “Has the 2016 election changed our perception of truth?” The debate expounded on this question with more pointed questions for the finalists.

Lewis is the only child of British-Guyanese immigrants who instilled and encouraged her love of art, music, books, and flowers. She is a graduate of New York University, where she earned a Master of Arts degree in French Literature. For thirty years, Lewis taught French at the middle and high school levels until her retirement in 2015.

In the final round, Lewis distilled her debate performance with a paraphrase of John F. Kennedy and her own exposition from his quotation, “We cannot be a fully free society and we cannot be fully human unless we protect our need and our quest for the truth. It is very important for us to maintain our right to determine what is true and to perceive what is true – if that is taken away from us, we are condemned to be free to wrest our right to freedom.”