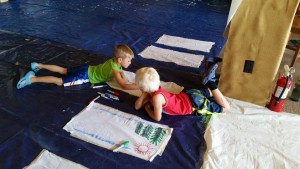 Workshops for the Puppet Pageant kicked off last week and continue this week, all leading up to the final performance on Friday, August 21st, 2015 at 7:00pm (immediately following the New York Mills Civic & Commerce Corn Feed taking place from 4-7pm in Central Park).

Preparations for the 7th annual pageant have been going great, according to returning Creative Director Anne Sawyer-Aitch and Assistant Director Lisa Winter.  There are sixteen youth participants this year ages 5-13, and an amazing core crew of adult volunteers, all of whom have been working hard building costumes and scenery, practicing stilt walking, and learning the script for this year’s show. 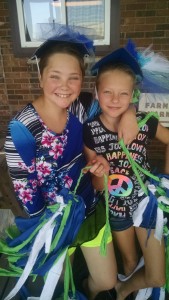 This year’s performance is titled “King Kraken and the True Story of the Corn Feed” and once again, the story incorporates not only folklore, stories and characters from the Finnish epic book of legends, The Kalevala, but also regional themes including the Corn Feed and Lund boats. Attendees will also see many fantastical creatures and beings both new and old, including a witch, a green man, and something new lurking in the water! 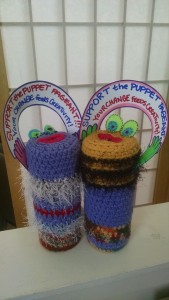 Meanwhile, “backstage,” if you will, Cultural Center staff, board and volunteers have been busy securing funds for this year’s event. When grant funding did not come through this year, Executive Director Betsy Roder came up with a plan to fund the $6,000 cost of putting on the pageant.  The plan incorporates securing donations from area businesses and individuals, as well as selling root beer floats during the Corn Feed and collecting change around town to “feed creativity” (see image at right). We will also “pass the hat” at the performance this year for the first time, hoping that attendees enjoy the show and show their support through a free will donation.

The Pageant is a wonderful opportunity for kids to gain experience in both visual and performing arts, challenge themselves physically with stilt-walking, and learn skills in collaboration and teamwork…all combining for an opportunity that is proving to be the right recipe for gaining community support.

As of this post, the show will most definitely go on, thanks to the continued support of the New York Mills Civic & Commerce, and an anonymous $2,000 matching funds donor. These generous investments have spurred other local businesses and individuals to chip in as well, and currently, the following have all contributed funds or donated items to this event:

Enormous amounts of gratitude to these supporters! If you would like to join in and help with this fun and educational event, please contact the Center at 218-385-3339 or via e-mail at info@kulcher.org. 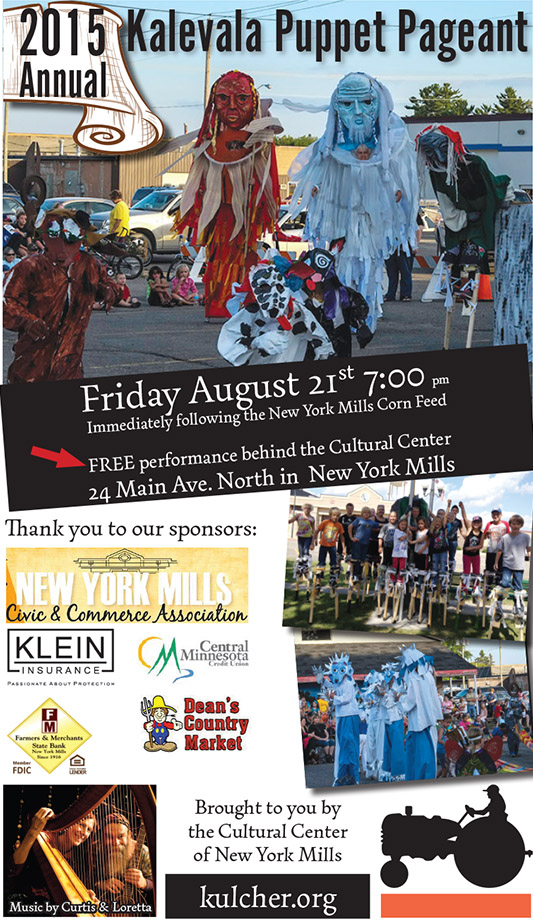