Don’t miss the Corn Feed at Central Park from 4-7pm before the Pageant!  The Center and Creamery Restaurant will sell tamales during the Corn Feed and have desserts and beverages after the Pageant at the Creamery Restaurant.  More music will be provided by Curtis & Loretta.  And, on Saturday from 5pm to 8pm the Creamery will be open for dinner.  Check out the menu for Saturday here. 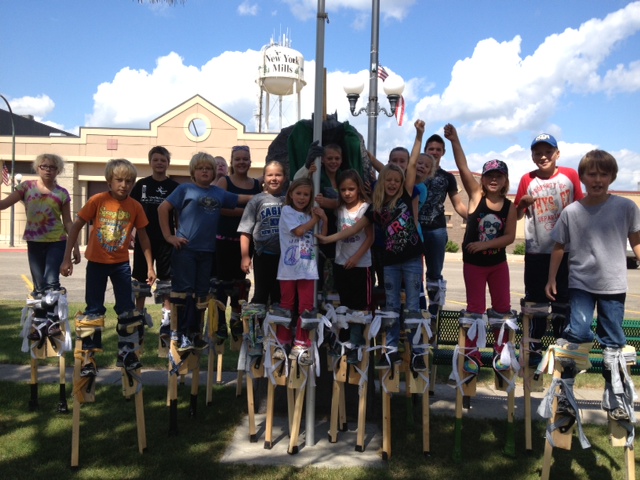 Anne Sawyer-Aitch is providing artistic direction to this year’s Puppet Pageant (Anne’s third year with the Pageant)  with the help of a wonderful cast of community volunteers, kids, and parents.  The bigger-than-life puppet figures will create their story on Friday at 7pm behind the Cultural Center.  As has been the case for the past three years this original play is drawn from the Finnish national epic poem, the Kalevala.  The Pageant brings a major thread of the cultural heritage of the region into a contemporary drama each year.  This year that story includes a Lund boat, 8-feet-tall stilt-walking Star Bears, and a hero mouse who saves the day.

Each year’s drama is new, and the story is primarily told through movement and dance rather than words.  Curtis & Loretta, well known folk musicians from Minneapolis, will provide live music to accompany the production, and Anne Sawyer-Aitch gives enough of the story to clue the audience into the action.   This is Anne’s third Pageant and the third for Curtis & Loretta too.

The Pageant began five years ago when Cultural Center director Jamie Robertson brought a version of the large-scale street theater Puppet Pageant held in Grand Marais at the summer solstice to the Center.  The first two Pageants were directed by Annie Katsura Rollins and music was provided by Cultural Center board member and singer/composer Elisa Korenne.

The Pageant is open to everyone at no charge and is made possible by the voters of Minnesota through a grant from the Lake Region Arts Council, thanks to a legislative appropriation from the Arts and Cultural Heritage fund.

Photographs show this year’s Pageant coming together.  Join us Friday for lots of fun!  And come back on Saturday night for dinner at the Creamery. 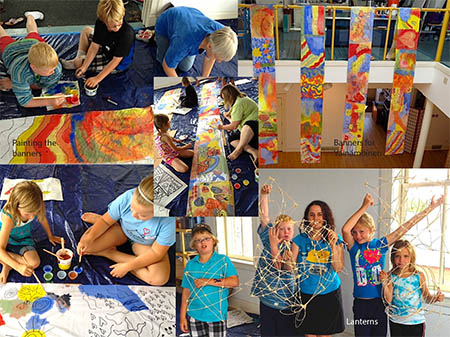