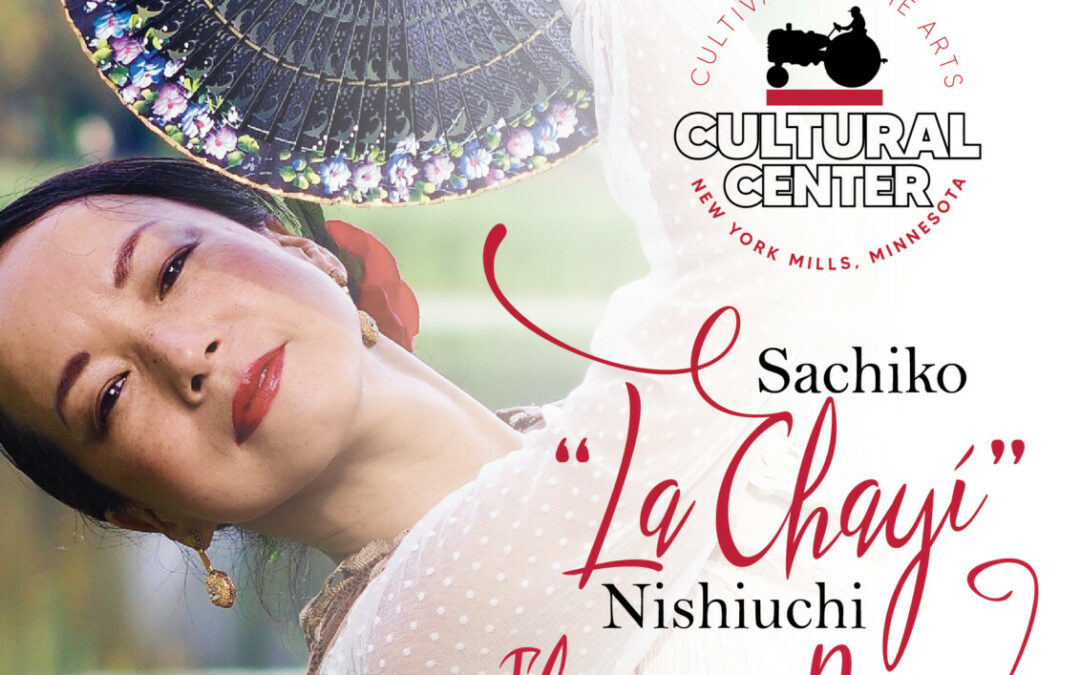 Tickets are $10 in advance or $12 at the door. Members get a $2 discount. Students $5. Doors open at 7:00 p.m. with the performance beginning at 7:30. Light refreshments available. All are welcome! 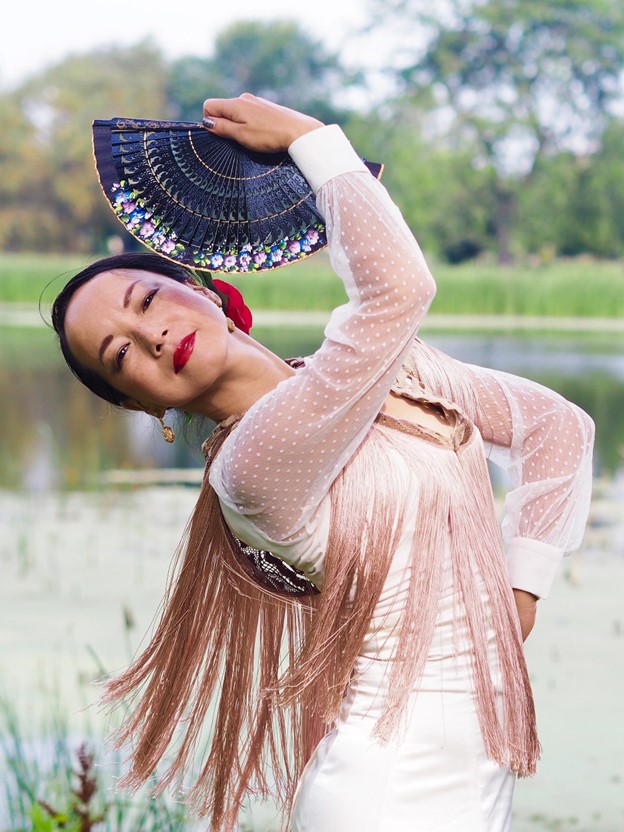 A native of Osaka, Japan, Sachiko “La Chayí” Nishiuchi is a Twin Cities-based Flamenco dancer, teacher, choreographer, and organizer.  Besides her work as an independent artist, her current projects include an informal group, Twin Cities Flamenco Collective.

Sachiko has received recognition and grants from Minnesota State Arts Board, Metropolitan Regional Arts Council, the Jerome Foundation, the Minnesota SAGE Awards for Dance, and New York State Flamenco Certamen.  She has presented her original dance works at the Walker Art Center, the Southern Theater, and the Intermedia Arts.

Sachiko is the recipient of a 2017 McKnight Dancer Fellowship, administered by the Cowles Center and funded by the McKnight Foundation. She was a resident artist of Zorongo Flamenco under the guidance of director Susana Di Palma from 2003 to 2009. She lived and studied the art of Flamenco in Seville, Spain from 2010 to 2015 which became the foundation of her current dance and work. 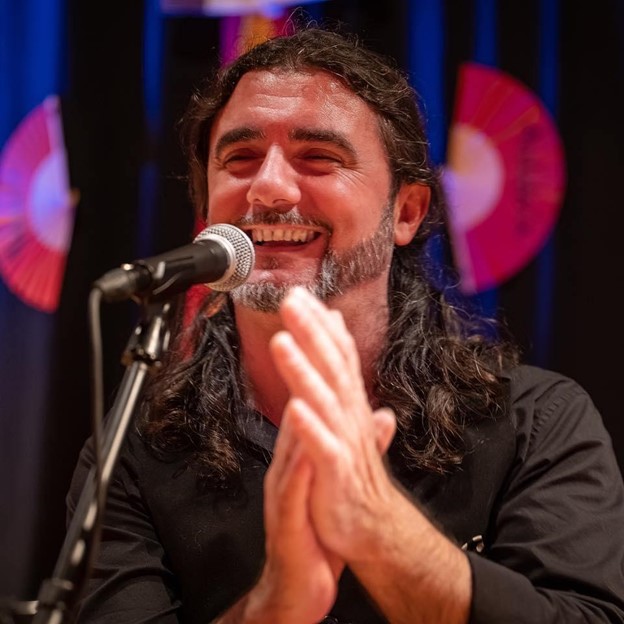 Juan Pedro Jiménez, a native of Cádiz in the South of Spain, was raised performing with the gypsy family Romeros de Vejer.

A singer and guitarist, he studied music at the Royal Conservatory, and learned from Flamenco singer Calixto Sánchez and Jose Anillo; as well as guitarists such as Victor Rosa, Tito Alcedo and Rafael Segura Torres (Faluky).  Since graduating from the Conservatory, Juan Pedro has gone on to work with such artists as Toñi Romero, Susana Romero, Ana Polanco, Selu del Puerto, Maria del Mar Ramos and Juanito Berrocal, and recently with Javier Heredia at Alegrías en la Nacional in New York City.

Juan also had the privilege to play for the great flamenco dance teacher Carmen Cornejo de Cádiz, for more than ten years.  He currently collaborates with NYC Flamenco artists and can be seen performing regularly in the Tri-State area. In recent years, he has toured the Ferias in Sevilla, Jerez, El Puerto de Santa Maria, Sanlucar, Algeciras and Cordoba, Spain. He has also played in El Rocio with the Hermandad de Jerez, and in Peñas Flamencas and Festivals throughout the Province of Cádiz. 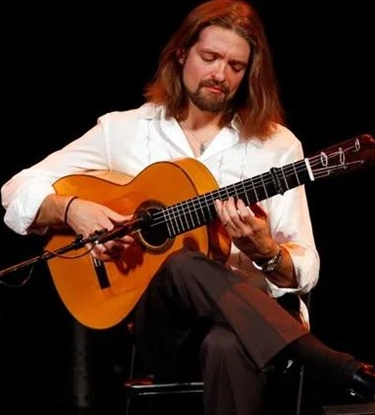 Jonathan “Juanito” Pascual is an internationally recognized guitarist and “flamenco phenom” (The Boston Globe). His sound is a truly organic blend of masterful traditional and contemporary flamenco with influences ranging from Jimi Hendrix and the Grateful Dead to Miles Davis and J.S. Bach.

Juanito brings together global audiences through his mesmerizing virtuosity, original composition style, dedication to music as a global communicator, and passion for collaboration. Energized by the desire to share the beauty and soul-stirring power of flamenco, with its ancient roots, yet vibrant and evolving tradition, Juanito’s performances, recordings, and workshops reverberate with infectious charisma.

Recent highlights include a performance at TEDx Nashville, an international tour and appearance in a documentary film with Flamenco icon Jorge Pardo, and performances for film scores in his new home of Los Angeles. Receiving praise for the Juanito Pascual New Flamenco Trio album (2014), All About Jazz noted “Pascual manages to uphold and extend the traditions of flamenco music, creating something distinctive in the process,” a sentiment cherished by Pascual, a dedicated 21st-century musician. 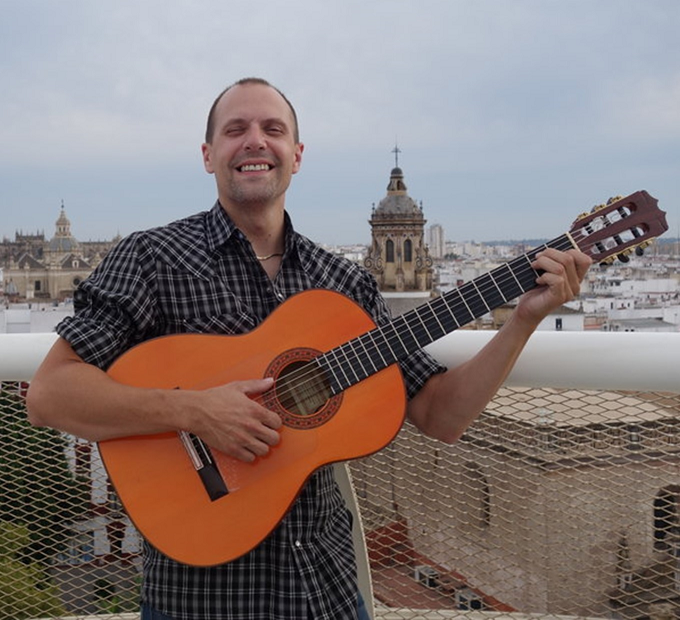 Ross is a lifelong musician with a passion and curiosity for music that has taken him around the country and the world.  He plays for dancer Sachiko “La Chayí” and  Zorongo Flamenco Dance School.

He has studied Flamenco in Madrid, Spain with El Entri, Jesus de Rosario and Killino Jimenez. In Sevilla, he has studied with Juan del Gasor, “El Perla,” Javier Heredia, and Luis Peña.  He obtained his artistic name “El Vecino” from his maestro Juan del Gastor. 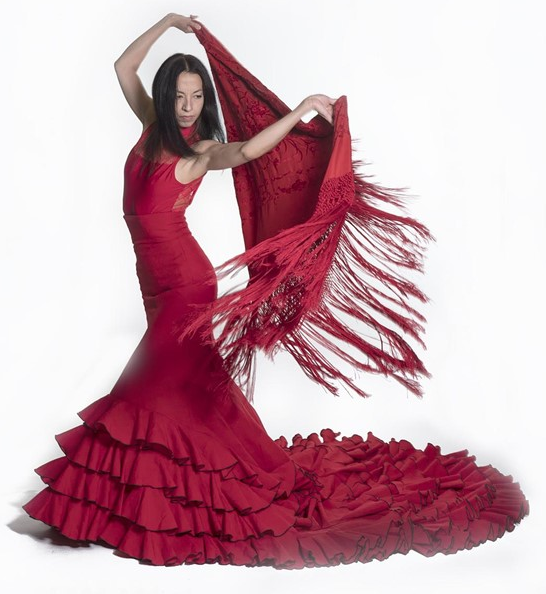 Drawn to dance from an early age growing up in Tokyo, Japan, “Eva” Makiko Laabs began her flamenco study with Susana di Palma at Zorongo Flamenco Dance Theatre in 2008. As a company apprentice, she performed in numerous Zorongo productions between 2014 and 2020.

Since the pandemic, she has immersed herself in the study of flamenco cante online with Javier Heredia and La Rhina in Seville, Spain. She enjoys sharing her love of the art form with fellow compañeros of the Twin Cities Flamenco Collective.

Get advance tickets online by clicking below, stopping by, or calling the Cultural Center. Tickets will also be available at the door the night of the performance. Tickets are $10 in advance or $12 at the door. Members get a $2 discount. Students $5. Doors open at 7:00 p.m. with the performance beginning at 7:30.