The Art Of Labor

The Art of Labor:  Working for a Living

It is difficult to separate an American from working.  We like to work.  Sometimes we are angry, frustrated, and overworked.  But at the core, Americans like to work.  This show also works to show the dignity, pathos, strength, and determination of the American worker in Minnesota. 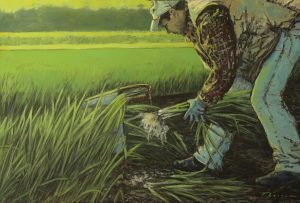 Painter Joseph Theroux creates iconic portraits of ordinary workers, using light and symbolism to portray the sacredness of labor.  Whether catching the fleeting glance of a flower worker at the St Paul Farmer’s Market or the forms of the migrant worker in the field, Theroux captures the true dignity of work and its relation to the worker.  Theroux elevates blue collar work to the place of pride and respect that it should hold in our world.  Hands and bodies and light fill his work and we reflect on the origins of so much of the world that we take for granted.  Theroux takes nothing for granted and indicates through golden light and iconic placement of workers and materials, how we should view others, and perhaps ourselves, as we labor to support ourselves, our families, and the good of the world. 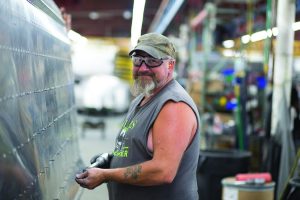 Lund Boats.  Speed, accuracy, flying across the water and originating in New York Mills, Minnesota.  This special place opened its doors to four photographers from around Minnesota and North Dakota, in a process called “four eyes.”  All four photographers went on the same walk through at the same time, led by a Lund employee.  The photographers started the photo shoot looking at rolls of metal and finished at the end of the assembly line process with finished, painted, and shining boats.  Along the way, the skills and talents and determination of the Lund workers emerged.  This fascinating process took place on a stormy morning, July 11, 2016. 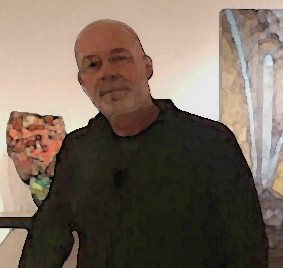 Joseph Theroux grew up in northern Minnesota among the woods, lakes and rivers. Where the Mississippi is just a creek, a little ribbon of clean, clear water winding through the bogs and forests. When he was about 11 years old he would ride his bike to a nearby lake, then make his way down the steep bank to a legendary trail that cut deep and narrow into the hillside. Out of the eroded earth he would dig lumps of gray, gritty, clay, then carry it home in a plastic bucket and build pots and small figure sculptures in his back yard.

Theroux continued to work with clay and to explore sculpture for almost thirty years, somewhere in that time frame learning Photography as well. Educated in Fine Art and Art Education at Bemidji State University and the University of Minnesota, he later earned a degree in Graphic Design from Hennepin Tech in Minneapolis. In the early to mid nineties,Theroux worked as a Bronze Founder and Sculptor for J A & M Studios in Blaine Minnesota. JA&M cast bronze for sculptors worldwide. In 1997, Theroux accepted a job as Lead Sculptor for HSC Scenic Construction in Minneapolis and spent a few years sculpting large-scale works for the themed entertainment and hotel industry. He also created small works freelancing for the gift and collectable industry.

“Taking a break from sculpture in 2000, I began to paint landscapes in oils, and I haven’t put the brush down since. For over 16 years I’ve been pursuing a passion for painting and have sold many works through galleries, group and solo shows and studio crawls. I paint full time in my southern Minnesota studio overlooking the Wakpa Wakan (Ojibwe: Great Spirit River) a.k.a. Rum River near Minneapolis Minnesota.

From the urban landscape to the natural world I study the complex beauty inherent in the places and people that surround me. I take pleasure in exploring familiar concepts and connections we share through our experiences, our contact with one another and the earth we inhabit.” 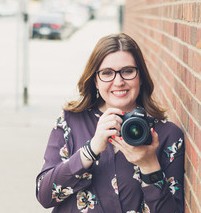 Rebecca Zenefski is a professional photographer based in the hustle and bustle that is the Twin Cities. A Minnesota metro native, she launched By Rebecca Studios in the very place she knows and loves. Over the past six years she has been lucky enough to photograph over 50 weddings, more than 25 commencement ceremonies, and countless moments with over 275 clients.

Whether it’s the portrait of a university president or a mother and her newborn, Rebecca strives to provide a full range of services. From family milestones, business media, or even large-scale events, she is especially in her element when collaborating with college and university leaders, faculty, staff and students. Her work has been featured in digital and print magazine and marketing material, as well as across multiple websites.

When Rebecca doesn’t have her camera in hand, you can find her coaching a traveling volleyball team, attempting to practice yoga, exploring the great northern outdoors, or wrapped in an apron. 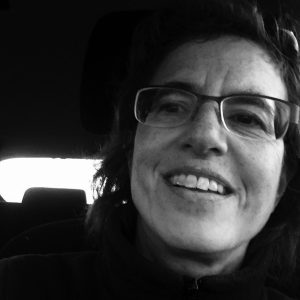 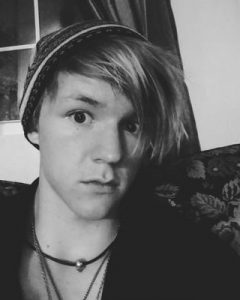 Through his years working in art, Caleb never expected photography to pan out for him. He has always doodled in his notebook–he’s written a poem or two–but his knack for photography eluded him. During his youth, Caleb was in scouts and achieved the rank of Eagle Scout. As a scout he learned the arts of basket weaving and knot tying, which gave him a glimpse into the world of visual arts. While in high school, his teachers helped him hone his skills and always his art projects were on Caleb’s mind. When asked why he doesn’t sign his work, Caleb responds, “I always have a couple tweaks to make, my artwork is never finished.”

Jenna Braseth, from Lake Park, Minnesota, is a senior in high school and a member of the Lakes Area Photography Club. She dove into photography four years ago by entering photos in the 4-H competition at the Becker County Fair. In 2015 & 2016 she won First Place in the youth division of the Lakes Area Photography Show.  This spring she entered the Minnesota State High School League show at the Cultural Center and was pleasantly surprised to receive a superior rating (the highest possible). She is honored to be part of the Art of Labor exhibition. 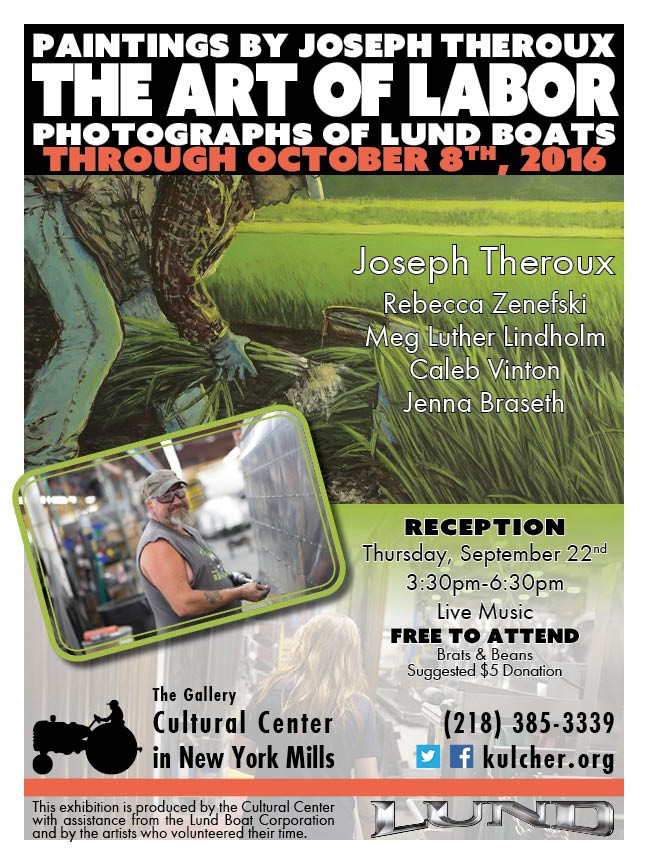