A concert with Ann and Charlie Heymann 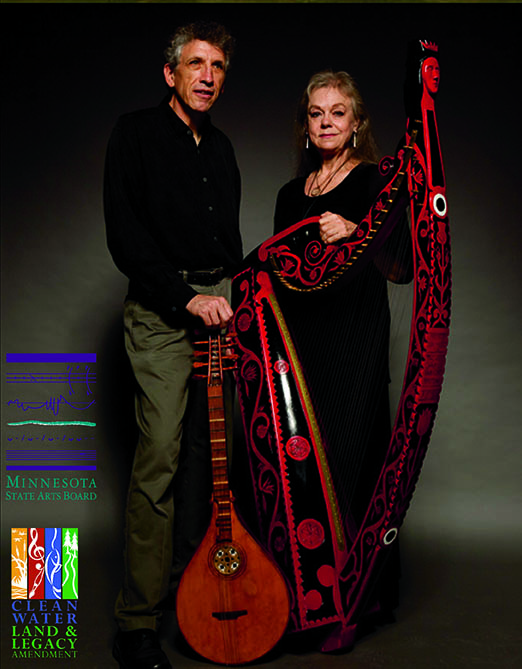 Friday, October 3rd at 7:30 pm “The Jacobite Harp” concert will present a show featuring the world renowned artistry of Minnesota’s own Ann & Charlie Heymann. Their dramatic harp music and poignant ballads are balanced by good humor and lively dance music, making this a seriously fun event! Tickets are available by calling 218-385-3339. Admission is $12 with advance reservation and $10 for Center members. Receive an additional $2 discount on admission by bringing a non-perishable food item for donation to the Mills food shelf.

Ann plays a replica of an Irish harp that survived the turbulence during the Catholic Stuarts’ fight to claim the English throne, nearly uniting Ireland, Scotland, England, Wales and France—some three hundred years before the European Union! The harp was made in 1734, owned and played by an exceptional Protestant clergyman who risked all to support seditious Munster poets who continued to protest the decimation of their homeland. After his death the harp curiously found its way to the Museum of Fine Arts Boston—the sole surviving Gaelic harp outside of Ireland and Scotland.