Twilight of the Mississippi screens October 25 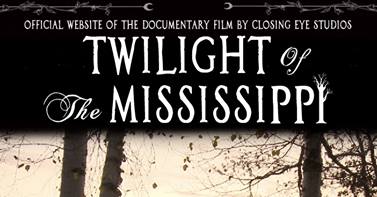 A free screening of the documentary is open to everyone at 7:30 pm on Friday, October 25th.  This screening is sponsored by Viking Library System and the New York Mills Regional Cultural Center and it is funded in part or in whole with money from Minnesota’s Arts and Cultural Heritage fund.

Twilight of the Mississippi is a haunting look into the troubled environment and psyche of the American Heartland. It follows the quixotic journey of the Unseen Ghost Brigade, a theater-troupe that built a raft and traveled down the Mississippi River in 2010. The story plunges into the marginalized communities of America, a dense-patchwork of endangered worlds, with the river cutting through the middle of them all. Winona LaDuke, the National Park Service, industrial farmers, fishermen, spiritualists, anarchists, river rats, a black shaman, and the Army Corps of Engineers: here are the stories, the secrets, and the dark comedy of America’s River.