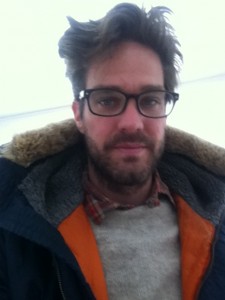 Occupying the Arts Retreat house during the final two weeks of January is writer Joel Tomfohr.  While here, Joel is editing his novel as well as working on some other writing projects.  He is appreciating the cold in that it makes staying inside to write and edit sound pretty attractive; he also has enjoyed getting out and shoveling snow.

Joel lives in Oakland, CA and teaches at the Academy of Art University in San Francisco. Last January he attended a residency at the Vermont Studio Center in Johnson, Vermont. He has an MFA in Creative Writing from Mills College, and an MA in English from University of Nebraska, Lincoln. His work has appeared in the literary journal 580 Split.