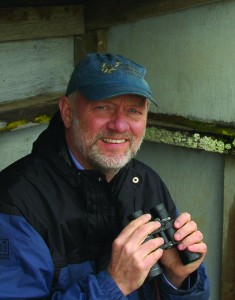 Please join us on Tuesday, October 8th at 7:30pm at the Cultural Center for a Welcome Reception and Reading by current visiting artist John Toren, an author from Minneapolis. John is our artist-in-residence for the first couple of weeks in October. During this casual gathering, you will have the chance to meet John and hear more about his work. This is a free event and all are welcome.

John has edited and designed scores of books, reviewed many, and written three or four. His articles have appeared in a wide range of publications including The History Channel Magazine, Minnesota Monthly, the Minneapolis Star-Tribune, and the Milwaukee Sentinel. He holds degrees in history and anthropology from the University of Minnesota and occasionally teaches a course in geography in its LearningLife program. His magazine, Macaroni, received an Utne Independent Press Award for General Excellence in 2007.

In John’s most recently published book, By The Way, he offers a eclectic portrait of modern life  in essays ranging in subject from river-running to jazz, with stops along the way at a World Press conclave, a naturalists’ convention, a concert pianist’s master class, a publishers’ trade show, and a Louisiana crayfish festival. In one essay he reflects on the advisability of accumulating books, in another he reports on the whimsical goings-on at an ice-shanty village. His Minnesota roots stand out in essays about French-Canadians in the Red River Valley and hike-in cabins on the North Shore, while his literary tastes are revealed in essays about Ford Madox Ford, Penelope Fitzgerald, and Evan S. Connell. Of Toren’s writing Utne Magazine remarks that he “has an exquisite knack for writing and storytelling, which makes a page-turner out of practically anything…” And poet Margaret Hasse writes that “his essays show a democratic, Whitmanesque awareness and enthusiasm for the small adventures of life.” Whether it’s analyzing the joys and challenges of buying firewood or parsing the distinction between the absurd and the impossible, there’s something for everyone in this wide-ranging, thoughtful collection.