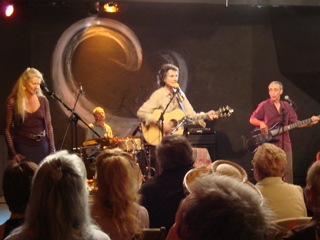 Of the New Christy Minstrels

Those Were The Days: The Spirit & Songs of the 60s – starring William Florian – former lead singer of the famous 60s group…THE NEW CHRISTY MINSTRELS!

An upbeat, energetic, musical journey of America’s greatest folk and pop songs of the 60s, including songs he performed as a lead singer of the famous 60s group The New Christy Minstrels. Also includes the music of Peter, Paul & Mary, Pete Seeger, The Mamas & the Papas, John Denver, and more, plus uplifting originals, all presented with comedy and amusing stories in a wonderful intimate show.

“William is an exceptional performer. He is not only a gifted and very professional musician, but a delightful comedian, as well. His stage presence and personality are stellar – he reaches out and grabs the audience from the very get go and keeps them involved and entertained right through his final number. His repertoire is broad and covers the era of 60’s folk music well. But, perhaps most delightful of all, the spirit of that time appears to have stayed with William. He seems to truly believe in the goodness of people, the brotherhood of mankind, and our place as stewards of the earth. I give him my highest recommendation. Thanks William!” ~Steve Seither, Community Concert, Placerville, CA

Once, William’s seventh-grade teacher told his mother to take his guitar away from him until he did better in math. Fortunately William’s mom did not listen to that teacher. William went on to perform, write, and record rock ‘n roll all through high school, including a local hit record with his band, Burnt Suite. After high school William and his sister Nanette left their home in Connecticut and went on a journey touring and performing throughout theUnited States.

In the mid 70s while visiting Los Angeles, they were invited to join and tour with the famous 60’s group, The New Christy Minstrels! William had the honor of being a lead singer for the group, singing lead in concerts on their biggest hit song, “Today.”

After many decades of performing and song writing, William now presents his exciting new show, Those Were The Days: the Spirit and Songs of the 60s at community concerts and performing art centers throughout the USA. The show toured internationally in August of 2016 with its first tour to China. 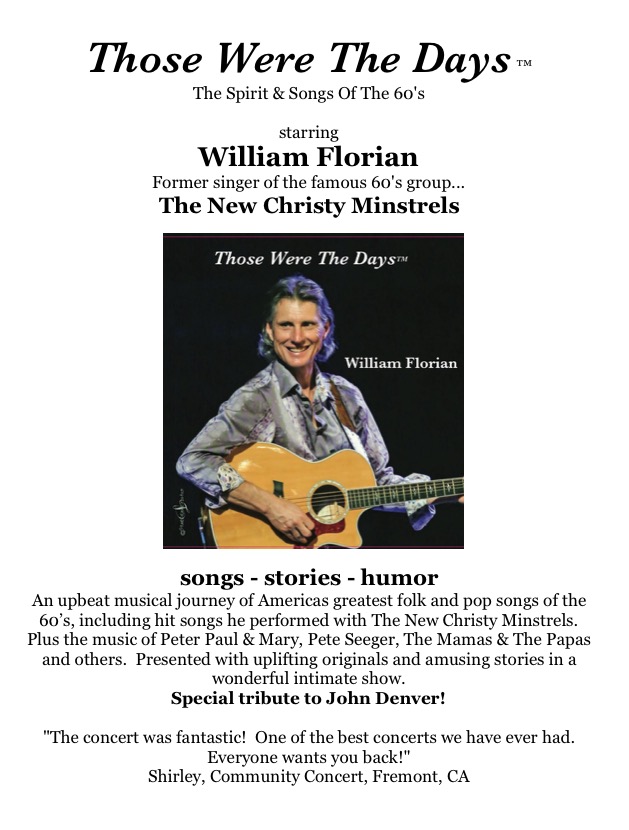