About the Cultural Center 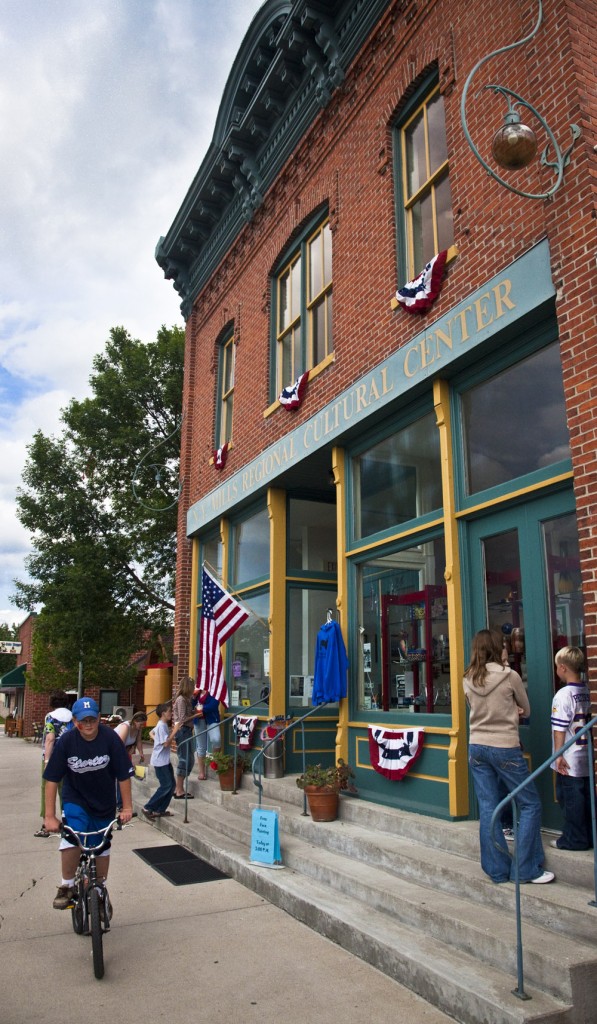 The New York Mills Arts Retreat and Regional Cultural Center is a multidisciplinary arts organization that has been dedicated to expanding the cultural and creative opportunities for rural Americans for three decades. The Center, founded by John Davis, is located in the town of New York Mills in Otter Tail County in west central Minnesota. The town was founded by Finnish settlers as a lumber mill; the once ubiquitous white pine forests are now gone.  Agriculture became the dominant industry in the region, and recreation and tourism are important as well.

The Center has initiated and sponsored multidisciplinary arts programming since its inception in 1990. One of its signature events, the Great American Think-Off, a philosophy contest for the ordinary person, began in 1993 and hosts an essay contest and culminating live debate each year on the second Saturday of June. Staff of the Cultural Center produce and sponsor several more annual community festivals, including the Fish House Festival each July, an annual large-scale street theater Puppet Pageant each August, and the Longest Night Music Festival celebrating the Winter Solstice each December 21st.

The Center presents a year-round performing arts series, displays visual art in our historic gallery on Main Avenue in New York Mills, and offers classes and workshops for all ages with a focus on lifelong learning.  The Arts Retreat, an artist residency program which offers 2-6 week stays for artists of all disciplines, has been in continuous operation since 1990. Staff and visiting artists work regularly in local schools, senior centers, and more to enhance arts learning.

The Center is a 501(c)3 tax-exempt organization.  Support for its operation is provided by earned income, member donations, business donations, private foundation and government funding.  We are extremely thankful for the support of all these entities, which has allowed us to continue our work in our community and region for nearly three decades.  For more information about supporting our work in the arts, please click on the “Get Involved” button.