The Great American Think-Off: A philosophy contest for everyone

The Great American Think-Off is an annual philosophy competition open to all at no cost. To participate, submit an essay on-line by clicking on the headline above, by email to info@think-off.org, or by mail to Think-Off, c/o Cultural Center, P.O. Box 246, New York Mills, MN 56567.

Deadline for submission of your essay (maximum of 750 words) is April 1. Four finalists will be selected from those submitting essays by the deadline and invited to debate their opponents on the second Saturday of June.

The Think-Off was begun by Cultural Center founder John Davis and has been held annually since 1993. Finalists each receive $500 and all travel and lodging expenses to New York Mills for the June debate.

Full details about the contest are available here.

The Puppet Pageant happens each year as part of the community Corn Feed in August. The artistic director for the Pageant in its first two years was Annie Katsura-Rollins. Since 2011, Anne Sawyer has assumed duties as artistic director.

Each year adults and kids help develop the story, make puppets, practice stilt walking, dancing, and playing for two weeks before the Pageant happens. Many of the characters that appear are borrowed from the epic Finnish poem, the Kalevala.

This activity has been made possible in the past in part by a grant provided by the Min­nesota State Arts Board through an appropriation by the Minnesota State Legislature from the State’s arts and cultural heritage fund with money from the vote of the people of Minnesota on November 4, 2008, and by support from the New York Mills Civic & Commerce Association, the City of New York Mills, the McKnight Foundation, and the members and business supporters of the Cultural Center in New York Mills.

Below are some photos of past productions. 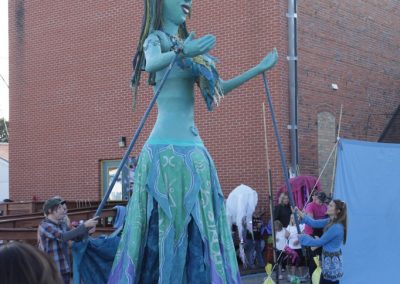 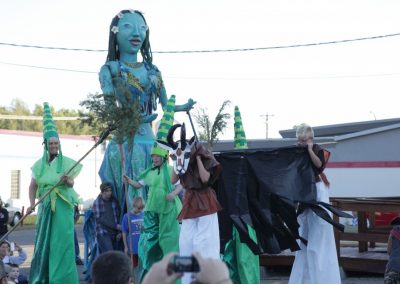 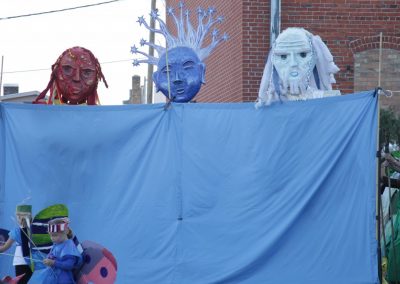 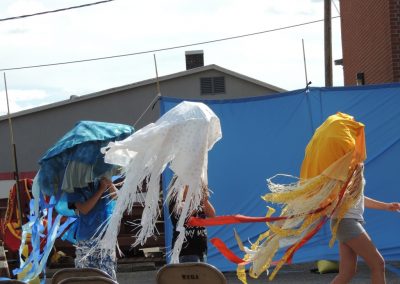 The Fish House Festival holds fun for the whole family!

Friday in July ~ All Day Event

Join us on Main Avenue in front of the Cultural Center for activities from 9am to 4pm! Come into the Center from 2pm-4pm to cool off and view the art and grab a bit of refreshment at the Reception for the Decoy Show & Sporting Art Through Time Exhibit. Buy your Raffle Tickets and check out decoys and other sporting art and cabin decor items being painted on the street for the drawing and live auction to be held at 6:30 p.m. in front of the Fire Hall on Centennial Drive.

Schedule of Events for 2016

Click here to learn more about Lund Boats and The Ultimate Fishing Experience.