The Cultural Center’s Great American Think-Off committee is pleased to announce that the four finalists for the 23rd annual debate have been selected to answer this year’s question, “Does Technology Free Us or Trap Us?”.  Arguing that technology traps us will be Paul Terry and Marsh Muirhead, while David Eckel and David Lapakko will argue that technology frees us.  This year’s twist?  All four debaters have been finalists in the past.  This unprecedented ‘Battle of Champions’ is sure to incite an exceptionally rousing debate at this year’s Think-Off.

The great debate will take place on Saturday, June 13th, 2015 at 7:00pm at the James Mann Center for the Performing Arts at the New York Mills School, with a reception immediately following at the Cultural Center.  Click here to purchase your tickets now! 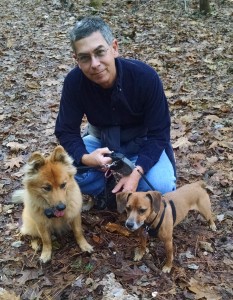 Arguing that technology frees us will be David Eckel, a writer and philosopher trying hard to retire from IT consulting. An MIT graduate in Management Science, Dave’s checkered past includes developing a non-reversing mirror as well as working for start-ups in the plastics and telecom sectors before founding a software company whose diverse clients ranged from telephone and utility companies to an oil field services firm and an antique mall. Close to home he’s the neighborhood’s computer fix-it guy and a junior golf instructor. This varied background has contributed to an intuitive style of problem solving that he hopes now to apply more to matters of philosophy and to completing the book he’s been writing since 1984. Originally from Houston, Dave found his way to Clayton, NC where he lives with wife Sandy and their two rescue dogs, Heart and Soul.  Previously, Dave participated in the Think-Off in 2010, when he argued that the wealthy did not have an obligation to help the poor (and won the title of America’s Greatest Thinker), and again in 2013 when he opined that sticking to principle was more ethical than being willing to compromise. 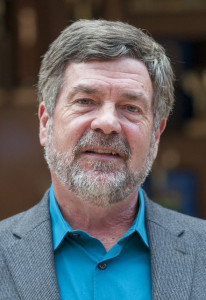 Also arguing on the side of technology as freeing us is David Lapakko, an Associate Professor of Communication Studies at Augsburg College in Minneapolis, where he teaches courses in Argumentation, Persuasion, Intercultural Communication, Organizational Communication, Research Methods, and Public Speaking.  He also teaches a communication ethics course in Augsburg’s Master of Arts in Leadership program.  David received a B.A. from Macalester College in St. Paul, and an M.A. and Ph.D. in speech-communication from the University of Minnesota.  His textbook, Argumentation: Critical Thinking in Action (iUniverse, 2014) is now in its 3rd edition.  David’s hobbies include distance running (six marathons and 30 half-marathons) and blogging (under the moniker “Contentious Introvert”).  He and his wonderful wife Helen are blessed to have two children (Tony and Jamee), each of whom has an amazing grandkid (Vincent, age 1, and Tegan, age 2)!  David was a Think-Off finalist in 2013 when he argued that being willing to compromise was more ethical than sticking to principle.

On the side of arguing that technology traps us is Marsh Muirhead, a poet and writer, dentist and flight instructor, living on the banks of the Mississippi River near Bemidji, Minnesota with his retriever, Scout.  His poems and stories have been published in The Southeast Review, New Mexico Poetry Review, Minnetonka Review, Rattle, Modern Haiku and elsewhere.  He is a contributor to the Canadian poetry website How Pedestrian and is the author of Key West Explained – a guide for the traveler.  Marsh won the 2011 Think-Off, arguing that yes, poetry matters. He was also a finalist in 2012 when he argued that humankind was inherently good. 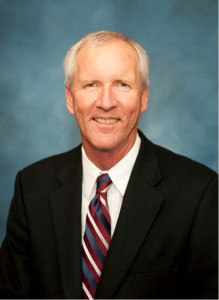 Also arguing that technology traps us is Paul Terry, chief science officer at Staywell in Saint Paul, MN, where he leads client support, program evaluation, research and industry leadership and ensures high-quality program development and delivery. Paul holds a doctorate in health education from the University of Minnesota, a master’s degree in health science from Minnesota State University at Mankato, Minn., and a bachelor’s degree in criminal justice and psychology from St. Cloud State University, St. Cloud, Minnesota.  He is also a Senior Fulbright Scholar, co-founder of Shape Zimbabwe (an organization committed to HIV prevention in Africa), past president of the Minnesota Public Health Association, editor of the American Journal of Health Promotion, and is principal investigator of a three-year, CDC-funded study on the effectiveness of different models of worksite health promotion.  Paul strives for a life of meaning to fuel both heart and soul. His “heart work” includes time for family and adventures, serving as a health coach, windsurfing, skiing and disc golfing.  His “soul work” embraces volunteerism, including missions in Africa, reading and exploring nature.  Paul earned the title “America’s Greatest Thinker” in 2013 when he argued that being willing to compromise was more ethical than sticking to principle. He returned in 2014 asserting that fear motivates us more than love.