Film Screening by Honor the Earth 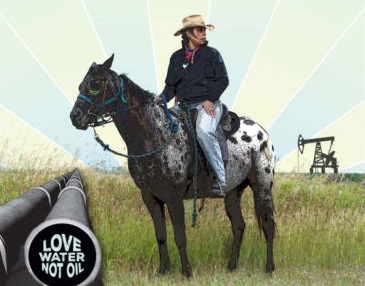 First Daughter and the Black Snake

This screening is FREE to see and Open to All! In the gallery of the Cultural Center.

“In this time, more than any other I can remember… the voices of native women must be heard… our faces seen. And our messages shared.” – Winona LaDuke

Winning awards at the Minneapolis and Red Nations Film festival, the documentary which had premiered nationally follows Winona LaDuke in the fight against Enbridge, a Canadian Oil company, seeking to put in the Sandpiper, a 640,000 barrel a day fracked oil pipeline across a new corridor in Northern Minnesota.

The Sandpiper project was defeated after a four year battle, and this film chronicles that story, in a breathtaking epic story. The Enbridge Corporation has proposed a new pipeline through the same route-­ Line 3, the 915,000 barrel a day tar sands pipeline. This pipeline project is in the regulatory process. Ms. LaDuke is the Executive Director of Honor the Earth. She is an author, economist and Anishinaabe environmental activist based on the White Earth Reservation.

Winona LaDuke believes Big Oil is the black snake predicted in indigenous prophecy to bring the earth’s destruction. When proposed new oil pipelines threaten sacred wild rice lakes, Winona dreams of organizing a spiritual ride, riding her horse against the current of oil, “because a horse can kill a snake.”

For more information about First Daughter and the Black Snake: Black Snake Film 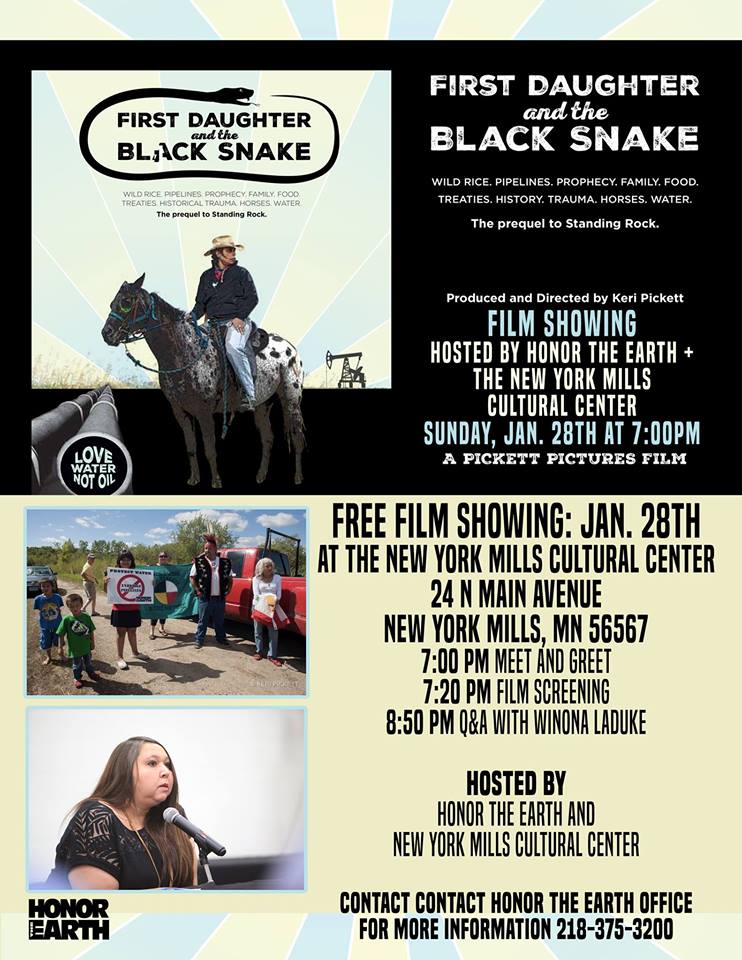