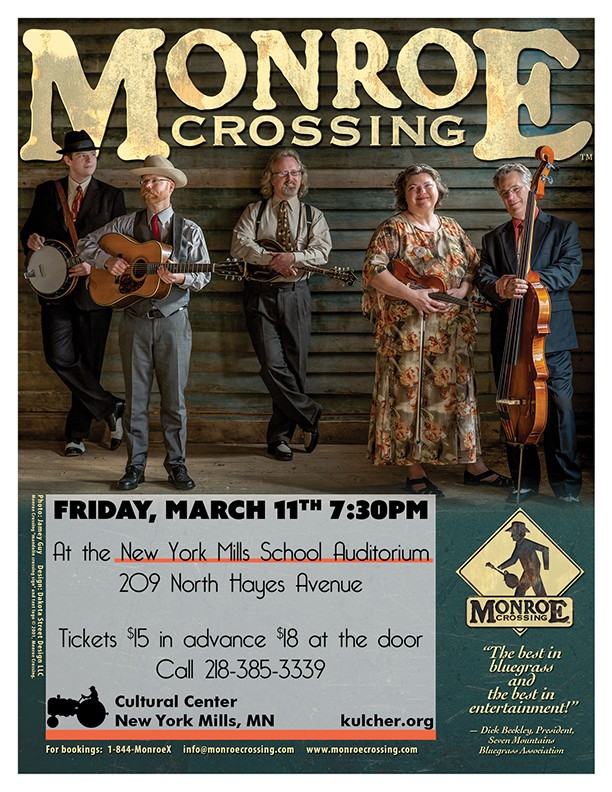 The Cultural Center is pleased to present Monroe Crossing at the New York Mills School auditorium on Friday, March 11th, 2016. This concert is the second in the Center’s Winter/Spring 2016 Performing Arts Series.

They are the only bluegrass band ever inducted into the Minnesota Music Hall of Fame (2007), and have been invited twice (2007, 2014) by the International Bluegrass Music Association (IBMA) as an Official Showcase Artist at the IBMA World of Bluegrass convention.

In January 2015, Monroe Crossing released its 14th CD in 15 years together. One of their trademarks is their willingness to perform audience requests. Since it’s such a large part of each show, they assembled a collection of popular requests recorded live throughout the past year for this latest CD.

Monroe Crossing regularly performs to sold out Theatres and Performing Arts Centers across the country, and headlines bluegrass festivals as well as state & county fairs. They are renowned both for their dynamic stage show and for the warmth they share on and off stage, interacting with the audience and always honoring requests after the intermission.