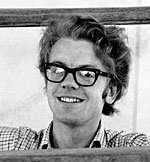 Scottish balladeer and storyteller to kick off the 2015 Great American Think-Off weekend with a concert at the Cultural Center on Friday, June 12th at 7:30pm

Don’t miss the opportunity to hear Norman Kennedy in concert at the Cultural Center on Friday, June 12th at 7:30pm.  This is the night before the 23rd annual Great American Think-Off (click for more information).  Join us in New York Mills for a full weekend of musical and philosophical entertainment.  Admission to the Norman Kennedy concert is $15 on the night of the concert or $12 with advance reservation.  Student admission is always $5.  Call 218-385-3339 for reservations. 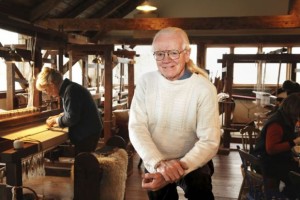 Norman Kennedy is an unaccompanied singer of traditional Scottish songs with a long history of performances around the world, including such venues as Carnegie Hall and the Newport Jazz Festival. Norman learned his songs naturally by growing up around some of the great Scottish singers of the last generation. He has a wide repertoire of songs learned directly from them without the facility of tapes and records. He learned them, not because he wanted to be a folk singer, but because even as a boy he was drawn to the music.

In concert, Norman draws only from that body of old songs. His concerts have a relaxed informality about them. He comes out on stage, takes a seat and seemingly starts a conversation with the audience. His dry sense of humor and memory of the stories surrounding the songs make his listeners appreciate not only the old songs, but the old ways as well. “You can tell stories, you can recite them, you can sing them,” he says. Singing and recollecting are all part of the same cloth. With this directness he presents ballads — stories of love won and lost, betrayal, death — in a way that holds everyone’s attention.

Norman shares what is enduring about traditional songs – their authenticity to life, the humorous turns of every-day events, the beauty of old melodies. As Norman explains it: “These songs are my roots; they’re older and more important than I am.” This unpretentiousness makes Norman’s music as wonderful to the audience as it is important to him.

Norman Kennedy was born in Aberdeen, Scotland, into a family with roots in that port city dating to the 13th century. The Kennedys had been shipbuilders and merchant seamen for generations. While learning songs, stories, and lore from family members and neighbors, Kennedy spent part of his teen years “hanging around” the local handweavers.

During the 1950s, he made annual trips to the Outer Hebrides to learn the local weaving, Gaelic songs, and cultural practices. In 1965, he was invited to perform at the Newport Folk Festival to represent Scotland in a program on the origins of the American ballad tradition. A year later, he returned to the United States to co-found Country Roads, a shop and organization intended to support traditional crafts.

From 1967 to 1972, he served as the master weaver at Colonial Williamsburg. Finally, Kennedy founded the Marshfield School of Weaving in Marshfield, Vermont, in 1976 where he taught until he closed it in 1995. Kennedy travels the country performing the old songs, telling stories, and instructing people in traditional weaving techniques, including the rarely practiced community method of waulking (shrinking) cloth accompanied by group song. He once answered someone, who asked him why he didn’t use some of the new labor and cost-saving devices for preparing cloth, with his own question: “How much is a pound of pride and maybe a half a pound of satisfaction?”