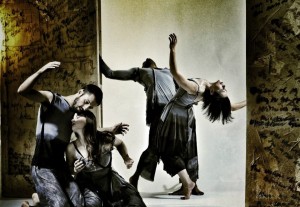 Stuart Pimsler Dance & Theater (SPDT) is an internationally-recognized performance company founded by Stuart Pimsler in 1979 and co-directed with Suzanne Costello beginning in 1984.

In the U.S., SPDT has been presented in hundreds of cities across more than 30 States including The Kennedy Center for the Performing Arts, the National Civil Rights Museum, Jacob’s Pillow, the American Dance Festival, Dance Theater Workshop, among many others. Internationally, the company has toured to Canada, Europe, Israel, Taiwan, Russia, Bermuda, China, and Mexico.

Based in the Twin Cities, SPDT has been commissioned and presented twice by the Guthrie Theater for The Ends of Love (2007) and Tales from the Book of Longing (2009). SPDT is most appreciative of the support it has received for state touring from the Minnesota State Arts Board through the Legacy Amendment’s Arts and Cultural Heritage Fund. 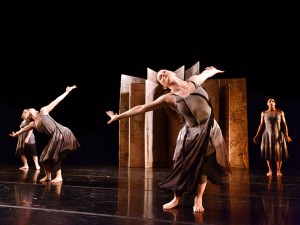 SPDT’s community engagement work has been lauded as a “National Model” by the Kennedy Center for the Performing Arts and its Arts & Healthcare work has been recognized for “Best Practices” by the National Endowment for the Arts. The company has been at the forefront of the field of Arts & Healthcare since introducing its Caring for the Caregiver program over 20 years ago; this program has since engaged thousands of healthcare practitioners throughout the U.S. and abroad. Additionally, the company’s Arts Learning programs, including its Family Albums residencies, have reached thousands of K-12 students.

SPDT will be in New York Mills, MN as part of a Minnesota State Arts Board “Arts on Tour” grant September 25-October 1, 2015. While in residency in New York Mills, SPDT will facilitate Arts & Healthcare workshops for the residents at the Elders’ Home in New York Mills and for staff at Perham Health. The company will also bring its Arts Learning program to the New York Mills Schools, working daily with the fourth grade class to teach movement classes and create an original piece with the students.

This original work will be performed as part of the company’s culminating performance on Thursday, October 1, at 7:00 pm in the New York Mills School Auditorium. The company will also present their new work, You & the Others along with their critically acclaimed work Tales From the Book of Longing which weaves its way through a world of frayed relationships teetering on the edge of change.  This performance is free and open to the public.

SPDT will also offer a free inter-generational workshop called Families in Motion open to area elementary school families. This signature SPDT workshop is designed for an elementary student to participate in with an adult family member, as an opportunity to have fun as a family. The Families in Motion workshop will be on Tuesday, September 29, from 5:30-7 pm at the Cultural Center.

For more information, visit www.stuartpimsler.com or call the Cultural Center at 218-385-3339.