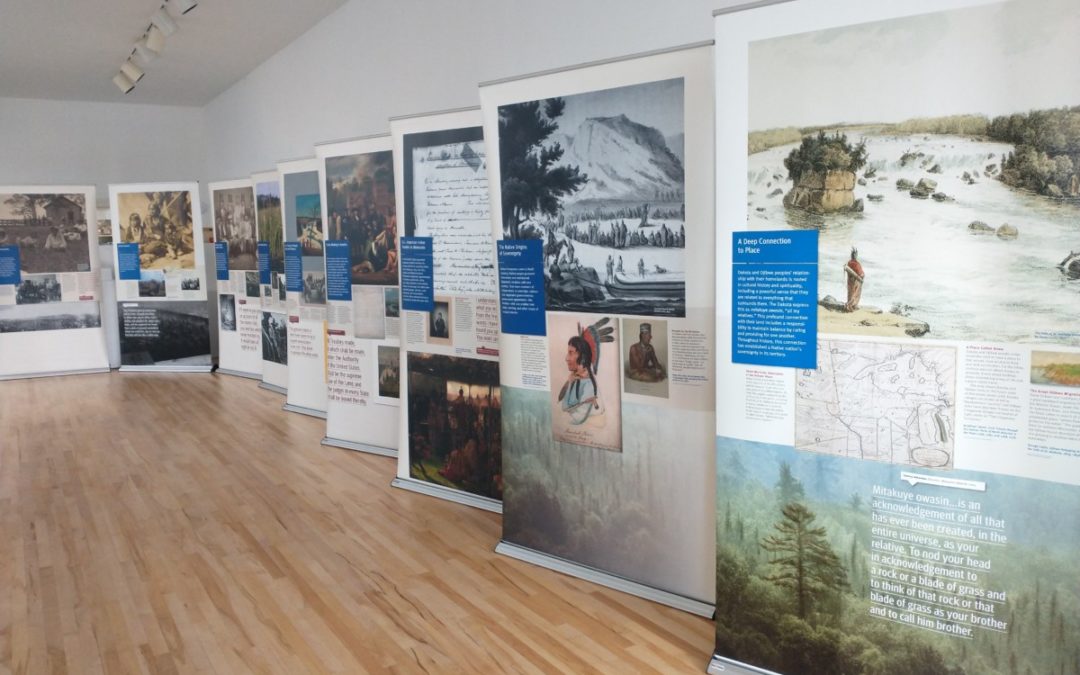 Join us at the New York Mills Regional Cultural Center this month and be immersed in the history of the lands that we call home. This exhibit includes 20 freestanding panels and a 14-minute video titled “A Day in the Life of Minnesota Tribal Nations,” all on display in the Cultural Center Gallery now through October 2, 2021.

Join us on Saturday, October 2 from 12:00-3:00PM as we wrap up this exhibit with a reception. Experience the perspectives of those native to our home and enjoy other authentic experiences related to the exhibit. Refreshments available. Free to attend and open to all.

The traveling exhibition “Why Treaties Matter: Self-Government in the Dakota and Ojibwe Nations” offers an unprecedented opportunity to learn more about the Native nations in Minnesota and the history of treaty-making with the United States. The exhibit relays Minnesota’s Native history in a way that has never before been done – in the voices of Dakota and Ojibwe people in this place once called “Mnisota.”

“Why Treaties Matter” – traveling throughout the state since August 2011 – has been displayed at Indian reservations, tribal colleges, universities, museums, historical societies, cultural centers, libraries and community centers. A copy of the exhibit is permanently on view at the Minnesota State Capitol.

The exhibit is the result of a historic partnership forged by three organizations: the Minnesota Indian Affairs Council, the official liaison between the state and Minnesota’s Native nations, the Minnesota Humanities Center, and the Smithsonian Institution’s National Museum of the American Indian in Washington, D.C. 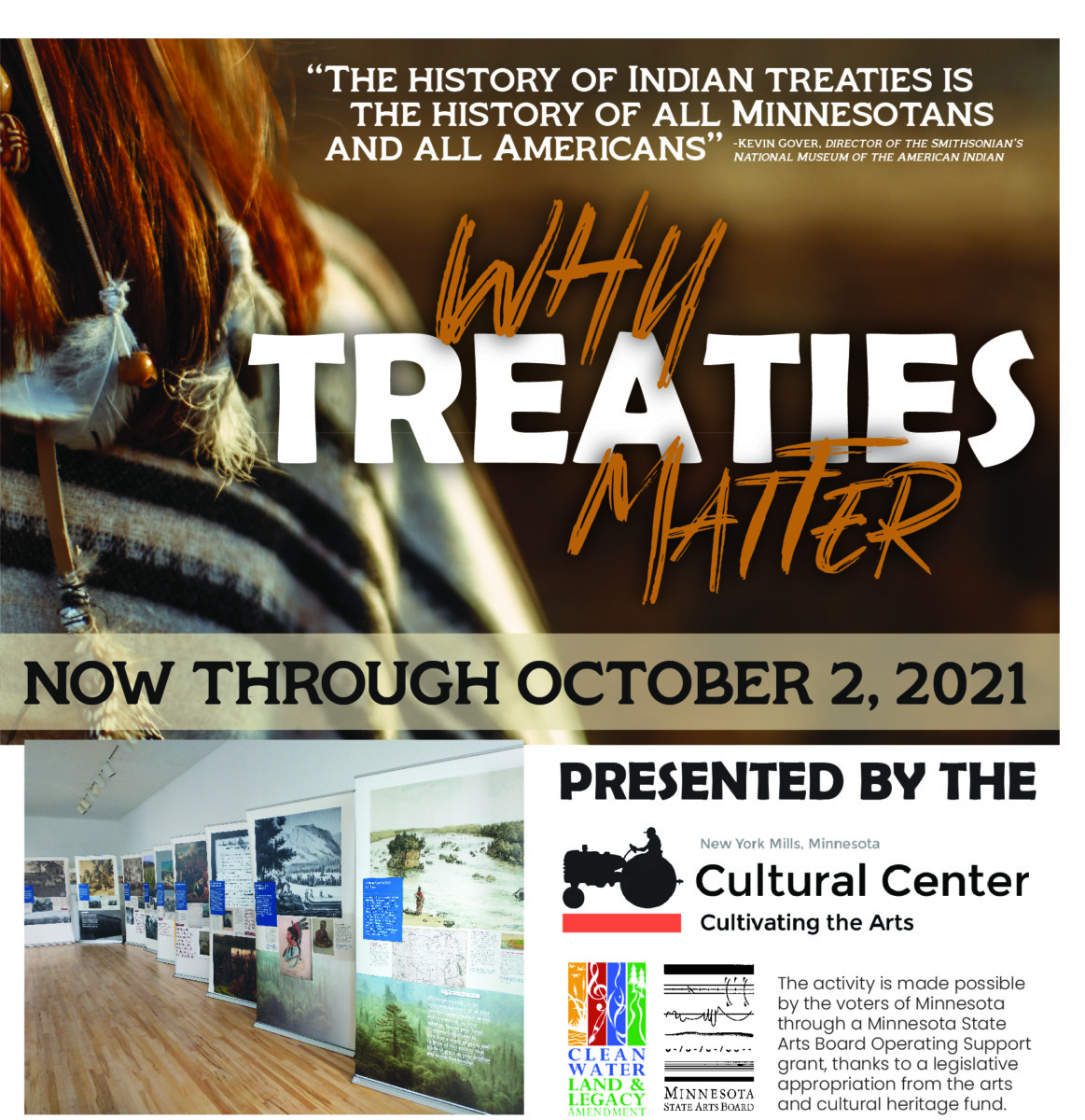 Robert L. Larsen, President of Lower Sioux Indian Community and Chairman of Board for the Minnesota Indian Affairs Council, shares more about this exhibit:

“We were the first people here, and before others arrived on our lands we governed ourselves and maintained diplomatic relations with each other. Our independent, or sovereign, nations negotiated government-to-government agreements – like treaties – with one another over trade, hunting, and other issues.

European powers recognized our sovereign status when they made treaties with us, as did the fledgling United States in Article I, Section 8 of the U.S. Constitution and treaties signed during the 18th and 19th centuries. Thus, the story of tribal nations is the story of our making treaties – from the time before Europeans arrived, through treaty making with the United States, to the growth of tribal self-determination in our time.

Many people think the United States gave land to Native Americans, but the reverse is true. Our ancestors agreed, often under pressure, to give up large portions of their homelands and retain small areas of land called reservations for the exclusive use of their people and descendants. At times, tribes also retained access to resources on lands that were sold. In exchange, the United States promised to provide tribal nations with social, economic, and educational services, a responsibility that continues today.

Treaties matter to all of us – Natives and non-Natives – because they are an important part of our shared history in Minnesota. They are living documents that continue to affirm the inherent sovereignty of Native nations, enabling our tribal governments to maintain a nation-to-nation relationship with the United States; manage our lands, resources, and economies; protect our people; and build a more secure future for generations to come. Today, more than 145 years after our treaties were signed, we celebrate them and our status as sovereign nations.”

The Cultural Center would like to express our sincere gratitude to Honor the Earth, Ajuawak Kapashesit, and Pam Mahling for their assistance and partnership in bringing this exhibit to New York Mills.

The activity is made possible by the voters of Minnesota through a Minnesota State Arts Board Operating Support grant, thanks to a legislative appropriation from the arts and cultural heritage fund.