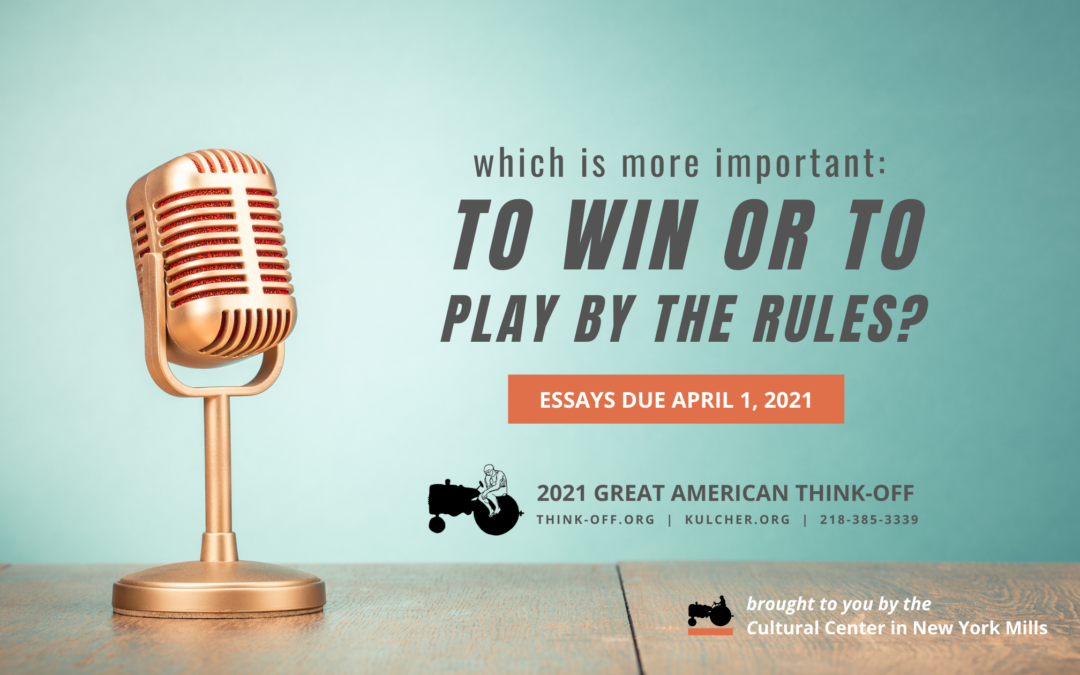 These four writers were selected as the top essayists answering the 28th annual Think-Off question, “Which is more important: to win or to play by the rules?” 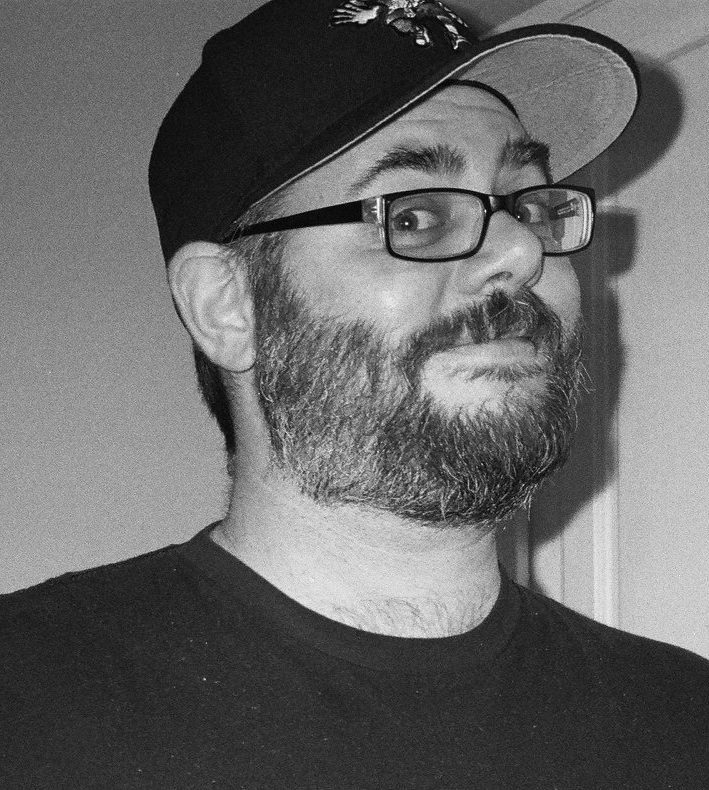 AJ Gil is a writer from Gainesville, Florida currently living in Atlanta, GA. He’s a graduate of the University of Florida and the Villanova University School of Law. He writes about politics, sports, and comedy and spends his remaining time trying to entertain his wife and cat.

AJ Gil of Atlanta, GA asserts that it is more important to win: if we value the rules over winning, we are saying that the rules prevent winning. 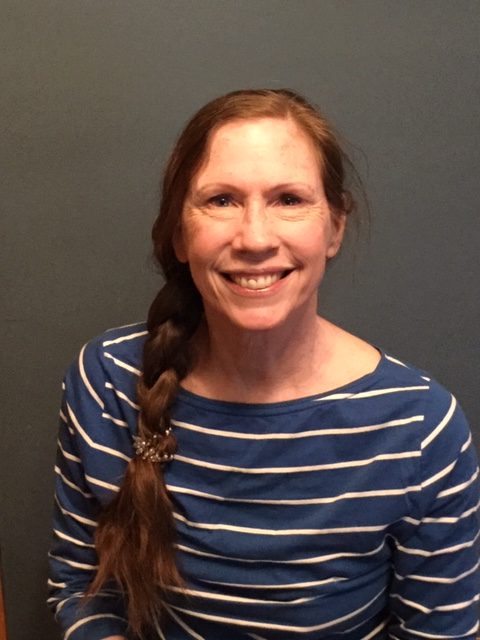 Angie Stehr is an administrative assistant at the Minnesota Institute for Astrophysics at the University of Minnesota. She holds M.A.’s in Classics from the University of Cincinnati and in Museum Studies from the Institute of Archaeology at University College London. She thinks of herself as a Think-Off “groupie” and has only missed one Think-Off since 2008. She likes women’s hockey, Goldie Gopher, going to concerts, knitting, reading, and gardening. Her garden has a continuously increasing focus on pollinators and she has taken to nurturing caterpillars from eggs to butterflies in the summer. She lives in St. Paul with her husband Mark.

Angie Stehr of St. Paul, MN argues that it is more important to win: if something is really worth fighting for, it may well be worth breaking the rules for. 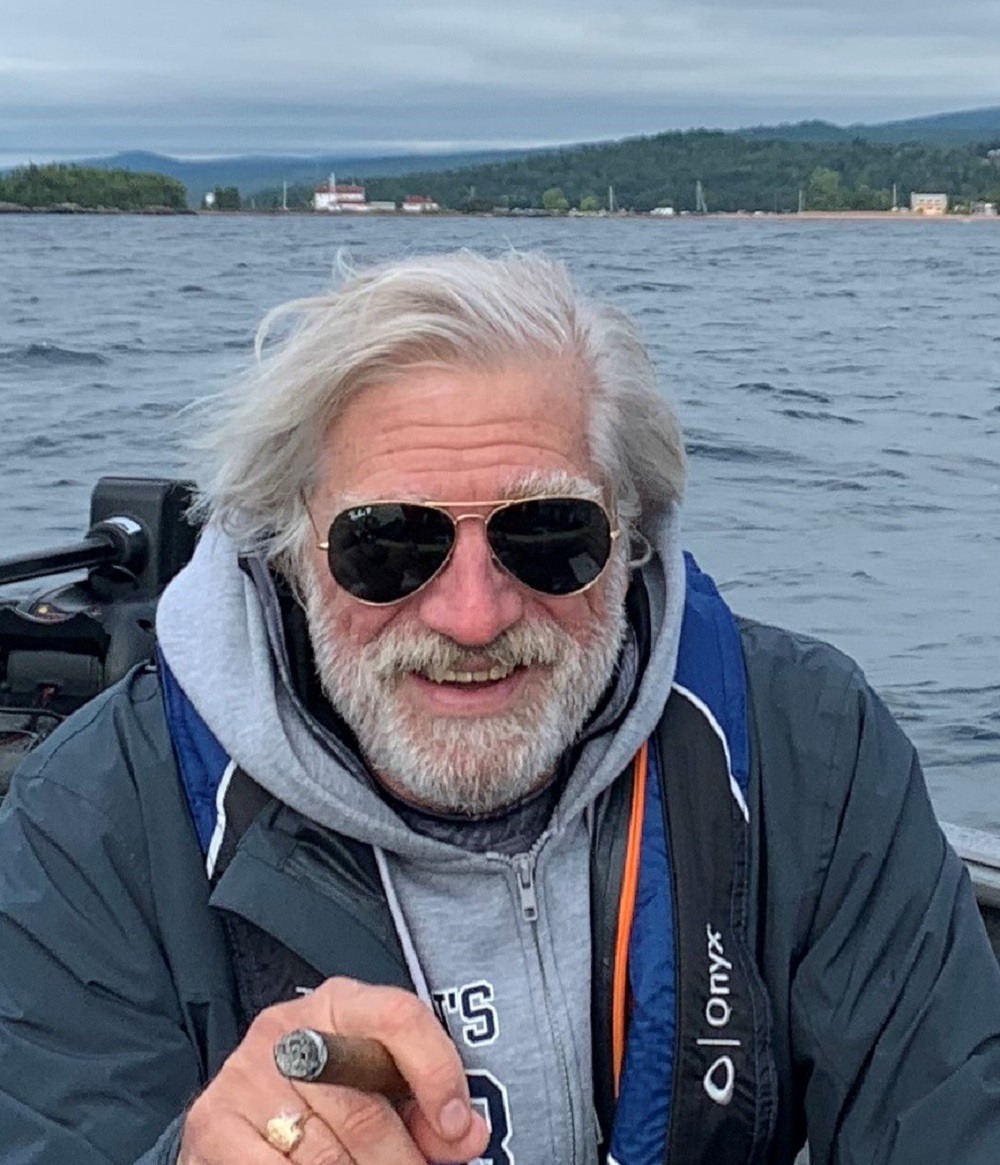 Bill Sutherland has been in the consulting engineering business for some 40 years, including the founding of MinnTech Engineering Consulting Engineers in 1984. A native Minneapolitan, Bill graduated from the University of Minnesota Institute of Technology, now known as the College of Science and Engineering, and holds a degree in Electrical Engineering. Bill earned his Professional Engineer license for Minnesota in 1978. Bill and wife Pam have two grown daughters, and make their home in Eden Prairie, Minnesota. He is enjoying his (almost) retirement by spending time with his family, and outdoors at their retreat in Grand Marais, Minnesota.

Bill Sutherland of Eden Prairie, MN says playing by the rules is more important: one person’s win can be at the expense of another person’s rules. 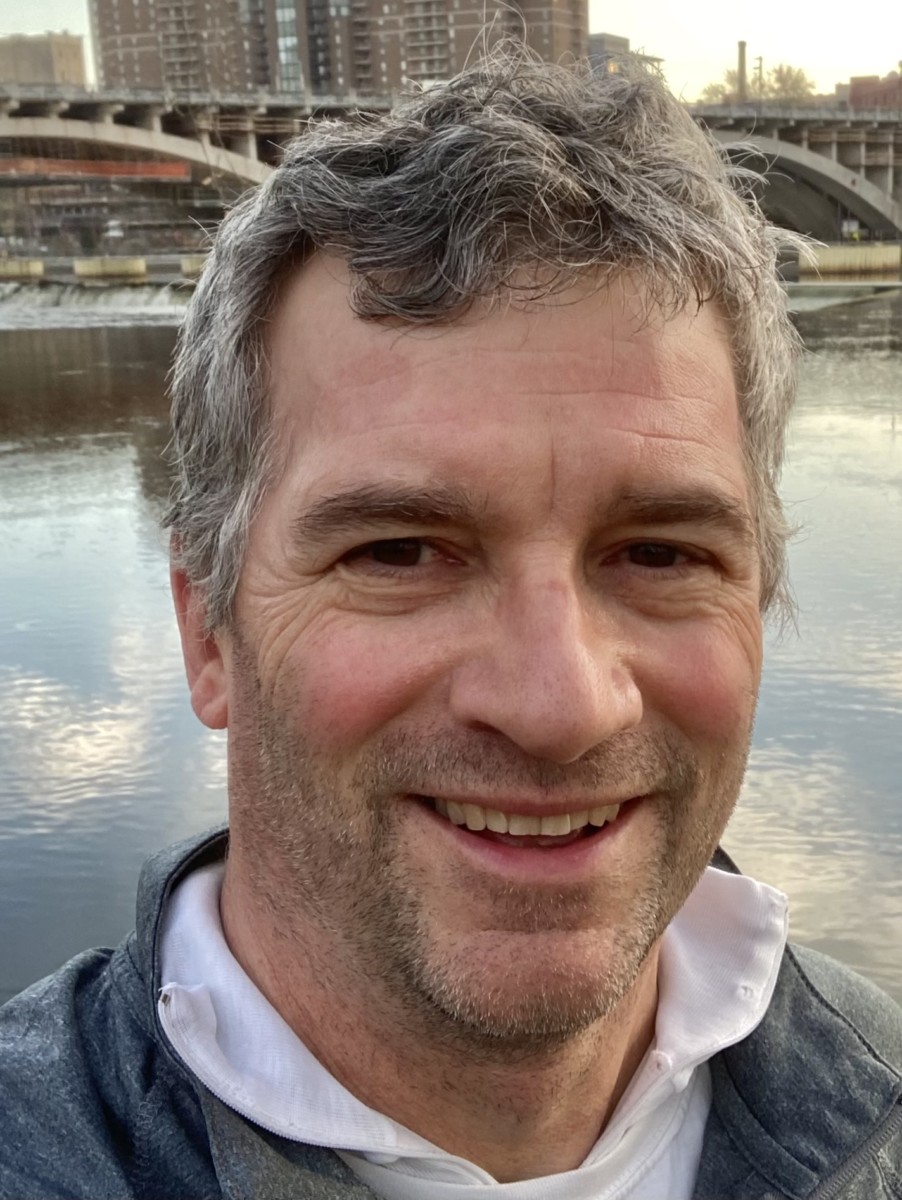 Daniel Tschida has lived in south Minneapolis for the past 25 years with his wife (Karen Janisch) and two teenage daughters (Audrey & Elizabeth). For the past seventeen years, Tschida has been teaching social studies at Columbia Heights High School. Prior to that, Dan was a lawyer at a large Minneapolis law firm for 6-7 years. After law school, he clerked for a justice on the Idaho Supreme Court, a judge in Hennepin County, and a Magistrate Judge in U.S. District Court. Dan has a BA in history from Northwestern University in Illinois, a law degree from the University of Minnesota, and an education degree from the University of St. Thomas.

The debate among the four armchair philosophers is on Saturday, June 12, 2021. The finalists will be available to meet the public at the Great American Think-Off Kick-Off event the evening of Friday, June 11 at the New York Mills Regional Cultural Center during a Philosophers & Artists Reception. In addition to honoring the Think-Off finalists, the reception will also feature regional visual artists on display in the Gallery’s “Happiness Project” exhibit. The reception is preceded by a Historical Walking Tour of downtown New York Mills, hosted by the Otter Tail County Historical Society.

The public is invited to attend the live debate in New York Mills, MN on Saturday, June 12, 2021 @ 7pm, to witness these four armchair philosophers engage in lively civil discourse. Tickets to attend the live debate are just $12 in advance, or $15 at the door; students just $5. All audience members get to vote in the contest to decide who will hold the title of America’s Greatest Thinker for 2021.

COVID safety guidelines will be followed at all Think-Off events, including masks, distancing, and limited attendance. If you are not well, please do not attend.